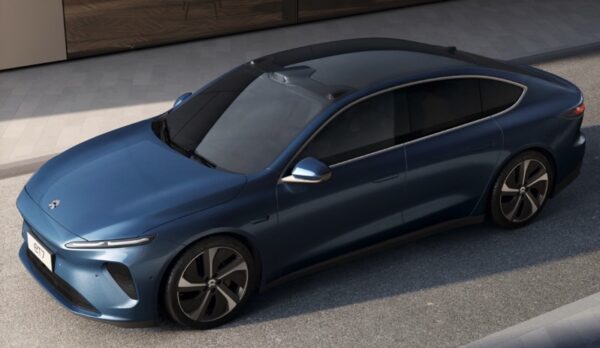 NIO sold and delivered 25,768 vehicles in the first quarter of the year, marking an overall 28.5% increase year-over-year, according to a press release.

NIO delivered 25,034 vehicles in Q4, marking an increase this quarter from the last quarter.

The news comes just weeks after NIO began delivering its flagship ET7 sedan last month, with the automaker selling a total of 163 ET7 units in March.

NIO’s cumulative deliveries reached 192,838 on March 31, along with a total of 884 power swap stations, 727 charging stations and 3,832 destination chargers deployed across China.

In addition, NIO plans to unveil the 2022 ES8, ES6 and EC6 in May, featuring an upgraded hardware set for the driver’s seat and new upgrade plans for the digital cockpit.

NIO and fellow China-based EV automakers Li Auto and Xpeng Motors saw surging deliveries in January, with the latter two companies more than doubling sales from the prior month.

NIO founder, chairman, and CEO William Li said on Saturday that the electric vehicle (EV) maker is making good progress on its smartphone project and teased that the first model could launch within a year (via CnEVPost). Li said back in March that the company started looking into phone manufacturing after customers expressed interest in […]
Nehal Malik
1 week ago