As Ford gears up to start shipping the 2022 F-150 Lightning to customers, official fuel economy labels (often referred to as window stickers) issued by the U.S. Environmental Protection Agency (EPA) for the upcoming all-electric pickup truck have finally surfaced, revealing the estimated driving range for each trim (via Reddit).

Check out the window labels for all three trims below: 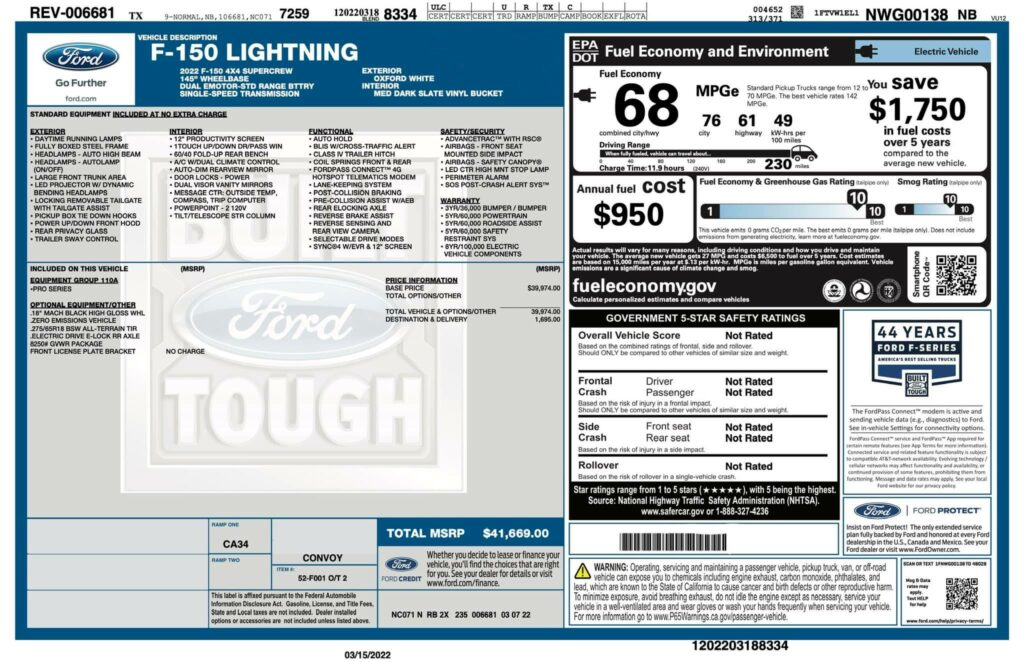 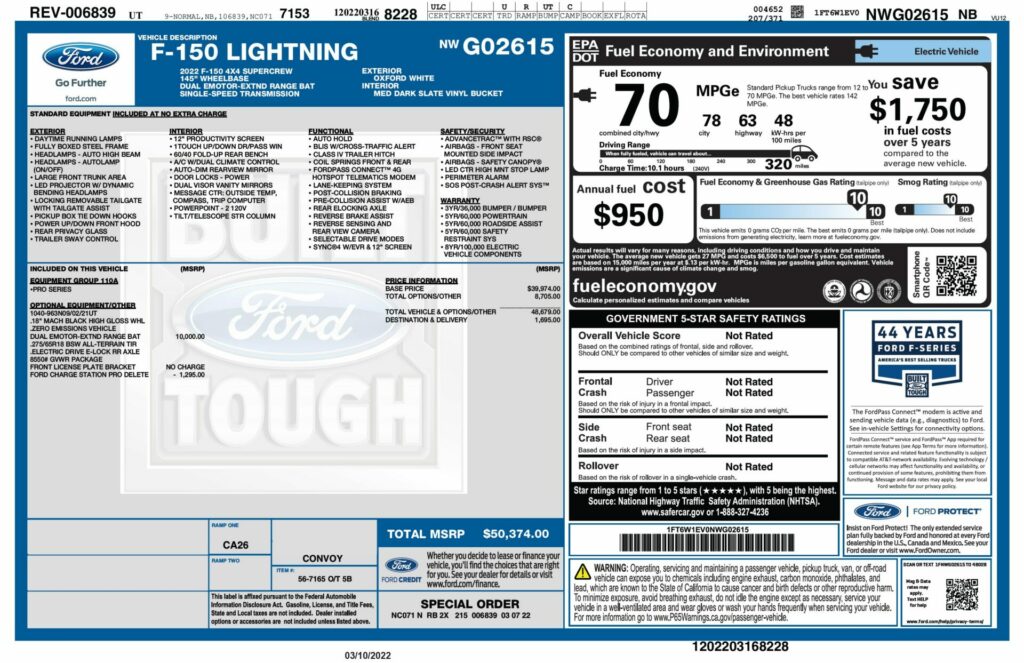 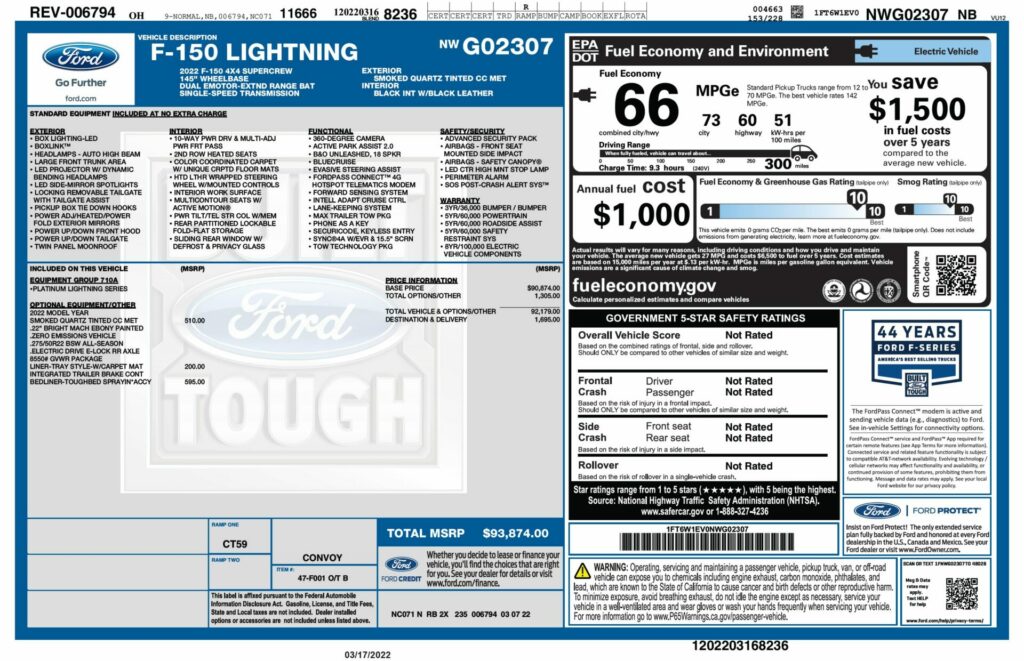 Beyond the estimated range, the fuel economy labels also detail other important information, including the exact configuration, charging speed, and estimated annual fuel cost of each trim. The MSRP detailed on the sticker for each trim includes $1,695 USD in destination charges.

The F-150 Lightning is the all-electric counterpart to Ford’s F-150 pickup, a longstanding darling of America’s light-duty truck segment. Ford originally unveiled the F-150 Lightning in May 2021,  with official pricing becoming available earlier this year in January.

Another upcoming fully electric pickup truck, General Motors’ GMC Hummer, received a 329-mile range rating from the EPA last month. Tesla’s long-awaited electric pickup option, the Cybertruck, on the other hand, has been delayed yet again and isn’t expected to go into production until next year.