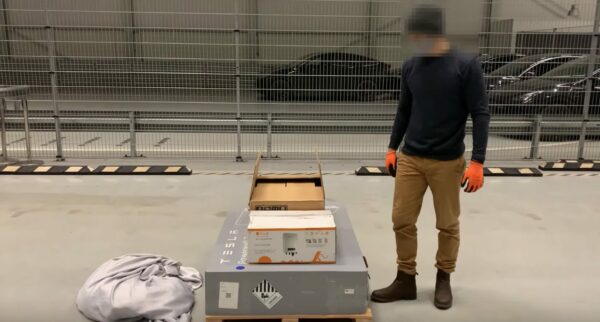 Elon Musk’s SpaceX and Tesla have aided Ukraine in its defense against invading Russian forces, and a new instructional video has surfaced that was apparently made by Tesla.

A mysterious unlisted video thought to have been made by Tesla was shared on Tuesday, detailing how to use a Powerwall in mobile scenarios to power Starlink hardware (via electrek).

Since SpaceX made Starlink internet active in Ukraine late last month, the company has sent two batches of Starlink interfaces and ground stations to the country.

Axel Tangen, Tesla’s director of Northern Europe, sent an email dated March 7 to employees, detailing the company’s quick efforts to help Ukraine. Tangen confirmed “several hundred Starlink units” were sent to Ukraine on Sunday, providing us with a number of dishes sent to the country for the first time.

SpaceX Starlink in Ukraine was Over a Month in the Making, Says President https://t.co/UhgYEnTVwe

The team at Gigafactory Berlin-Brandenburg helped package and ship Starlink interfaces in recent weeks, among other actions Tesla has taken to support Ukraine.

Tesla has also offered free Supercharging for all EVs in countries surrounding Ukraine, in addition to providing at least three months of salary for Ukrainian employees conscripted to fight in the defense.

Tesla’s Powerwall 2 can produce 14 kWh of electricity, which would theoretically keep a Starlink terminal running for several days.

Still, users can also connect the Powerwalls to inverters, solar panels or other energy suppliers to keep electricity flowing to the terminal for even longer.

In a recent speed test, Starlink users in Ukraine were seeing download speeds of up to 200 Mbps.

Over the weekend, Tesla owner and YouTuber Jeremy Judkins evacuated from their Hurricane-Ian-affected North Port, Florida, residence in their Model X Plaid. North Port experienced significant flooding after the storm, and more was expected. Instead of waiting around, Jeremy chose to leave to a safer location in their Model X Plaid. He was able to […]
Nehal Malik
14 hours ago

Tesla has announced its production and delivery numbers for Q3 2022. The company said it produced over 365,000 cars and delivered a record 343,830 vehicles in the third quarter. “Historically, our delivery volumes have skewed towards the end of each quarter due to regional batch building of cars. As our production volumes continue to grow, […]
Sarah Lee-Jones
16 hours ago