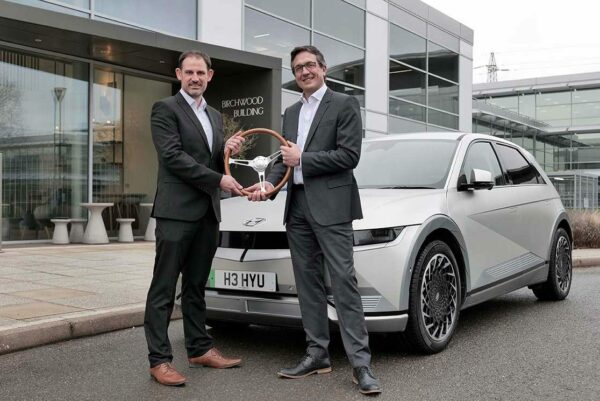 The Hyundai IONIQ 5 was awarded the UK’s Car of the Year, in addition to being named the Best Family Car, according to a press release from the automaker.

Hyundai’s award was chosen by a panel of 29 judges throughout the British automotive industry, with Editor and Managing Director of the UK Car of the Year Awards John Challen calling the IONIQ 5 a “worthy winner” of the title.

Challen said, “The Hyundai IONIQ 5 feels like the future of motoring, only it’s here today. The design, performance and practicality make it a fantastic proposition for those looking for an EV – and also a very worthy winner of the title ‘UK Car of the Year 2022’.”

With a 298-mile range and a sleek design, the IONIQ 5 has also won a number of other awards since its time out in the wild. It remains to be seen if Hyundai can keep up with demand for its IONIQ 5, as stock is limited in both the US and Canada.

Edmunds compared the Tesla Model Y to the Hyundai IONIQ 5 electric vehicle (EV) in January, and picked Hyundai’s compact crossover in the shootout.

Recently, a Hyundai IONIQ 5N was seen testing with camo wrap, sporting a few extensions to the wheelset, fender flare and overall trim.

Back in January, it was reported the Tesla Model 3 became the best-selling new car in the UK in 2021.

Hyundai plans to invest as much as 10.5 trillion won ($8.5 billion USD) in 2023 into research and development and its construction of an electric vehicle (EV) plant in Georgia, reports Bloomberg, as noted in a filing on Thursday. The news also comes after Hyundai began working on a $5.5 billion EV and battery factory […]
Peter McGuthrie
1 day ago

Electric vehicle (EV) rebates are one way government bodies are trying to accelerate consumer electrification, and Canada’s rebate program has largely been dominated by Hyundai over the past few months. Hyundai is leading Canada’s federal EV rebates through the first 11 months of this year, according to data reported by Automotive News Canada. The Hyundai […]
Peter McGuthrie
1 month ago