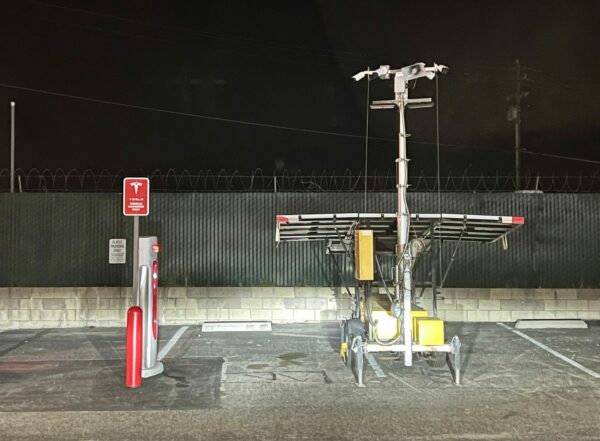 Tesla’s newest Superchargers are constantly being added, but this week fans are praising the automaker for how quickly it restored a Supercharger station following an incident with cable thieves.

Tesla’s Oakhurst, California Supercharger station (8 stalls; up to 250kW) is back up and running just days after each stall had its cables cut, according to the Tesla Motors Club Forum (via @MarcoRPTesla).

“Kudos to Tesla for the amazing turnaround on the repair. Site’s open, I was able to charge for a few minutes despite a cold nearly full battery,” said ‘ucmndd’ on Monday evening.

The security station includes both cameras and alarms and can be seen watching over the station beside one of the Supercharger stations. It looks like something MacGyver would conjure up in a limited time, and shows the brilliant work of Tesla engineers. 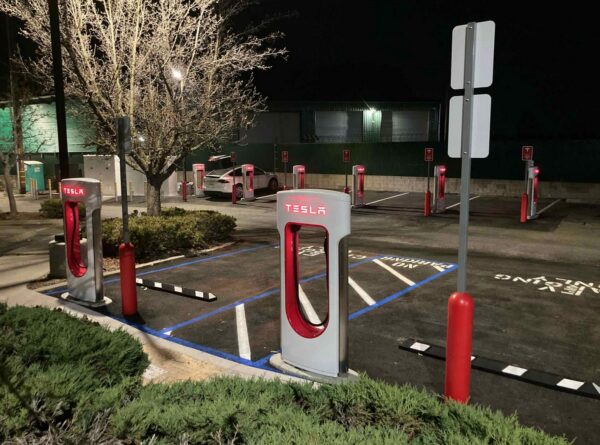 Major expansions to Tesla’s Supercharger also come ahead of the company’s plans to open its charging network to non-Tesla vehicles.

Tesla is already running a pilot program for non-Tesla vehicles to charge at Superchargers in France, Norway or the Netherlands.

One Tesla employee said last year the company would reach 100 percent renewable energy at Superchargers in 2021, though the change did not happen, and it’s unclear when or if Tesla plans to move in this direction.