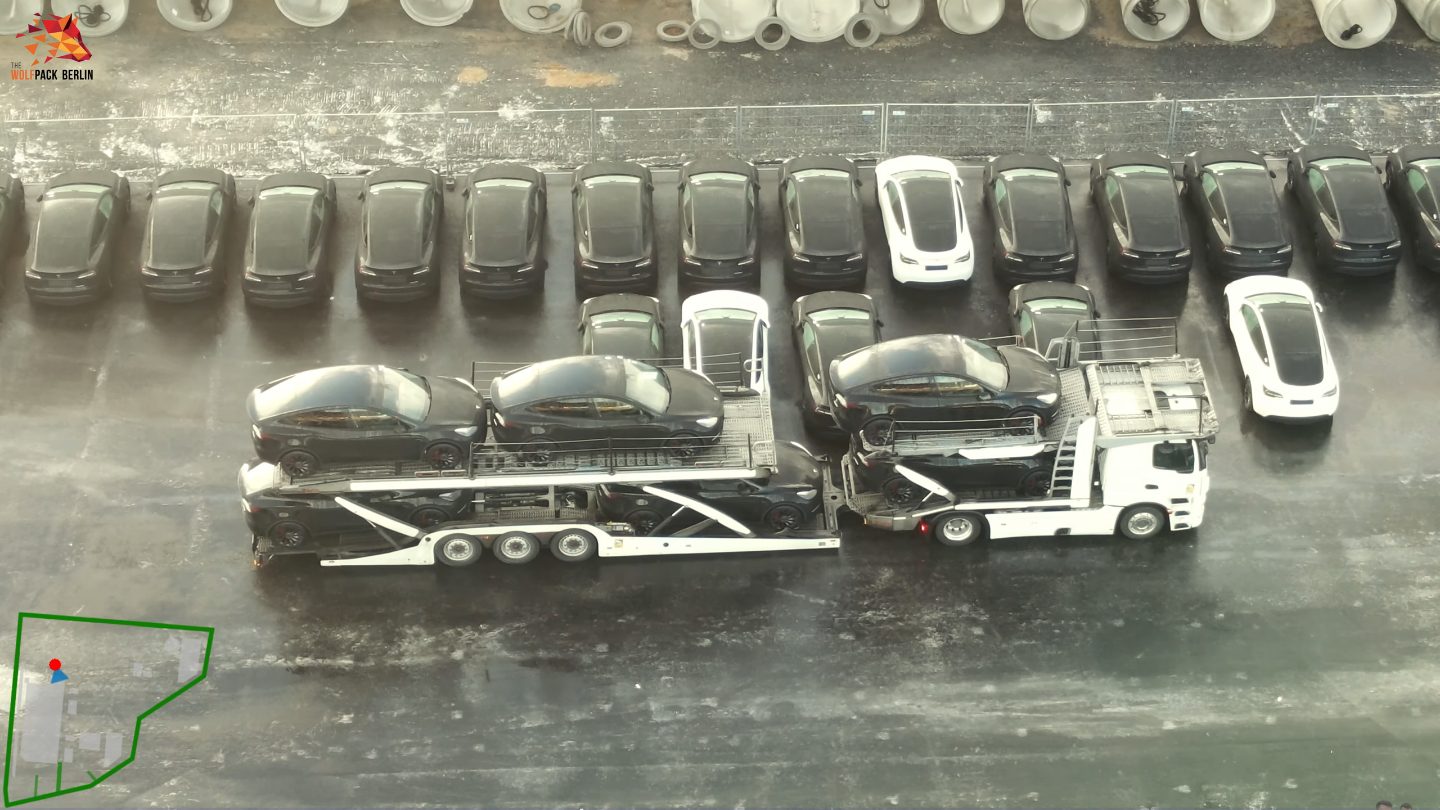 YouTube channel and drone pilot, the_wolfpack_berlin, has shared a new construction update for the Tesla Gigafactory in Berlin, Brandenburg, with drone footage from Saturday, January 22.

We can see Gigafactory Berlin-Brandenburg’s parking lot teeming with fully assembled Model Y Performance units throughout the video, but we’ve seen dozens of those parked outside the production facility already.

The highlight of this flyover comes at the 14:18 mark when several Model Y Performance units can be seen loaded onto a transport, ready to be wheeled off somewhere.

You can tell they are Performance trims of the Model Y by their 21-inch Uberturbine wheels and red-painted calipers.

One possible assumption would be that these Model Ys are destined for a crash test facility. Other possibilities include weather toughness and water tightness testing, among other forms of vehicle validation. It’s unclear at this point but seeing so many Model Y vehicles outside Giga Berlin is definitely exciting.

According to recent reports from Tesla insider @SawyerMerritt, Giga Berlin will kick off production with the Model Y Performance in black and white colors.

An internal email from Tesla to its employees confirmed that the company expects the first Berlin-made Model Y Performance units to start shipping in March. Tesla’s website has also been updated to note that the Performance Model Y will now be shipping in March 2022, instead of the previously listed “early 2022” delivery date.

Tesla is yet to officially start production at Giga Berlin since the company is still waiting on final approval of operations at the factory from the local government, which Brandenburg Minister-President Dietmar Woidke said last month would come in early 2022.

The drone flyover also gives us a good look at the “awesome graffiti art” at Gigafactory Berlin, which features a cyberpunk theme and a reference to Frank Herbert’s classic science fiction novel, Dune, and its subsequent film adaptation.

Tesla Model Y buyers in Australia could bring the SUV’s price down by as much as $10,000, making it as affordable as the Mazda 3 with a new tax deal, according to The Driven. To achieve this level of savings, buyers must qualify for a combination of incentives including the country’s new fringe benefit tax […]
Peter McGuthrie
1 day ago