An apparent internal email sent out by Tesla to employees and shared on the German TFF forums (via @tesla_adri) suggests that the company has started accepting orders for Gigafactory Berlin-made Model Y Performance cars, with deliveries expected to start sometime in March.

Screenshot of the internal mail for employees regarding the 2022 model changes for 3/Y.
Verified it's real with another employee.

Note the last sentence:
Model Y Performance build in Berlin can now be ordered and is expected to arrive in March.

The apparent email also lists the changes and improvements Tesla will be making to the 2022 Model 3/Y units being assembled at its Gigafactory in Berlin, Brandenburg, which we previously shared.

Tesla, in the last line of the internal email, notes Giga Berlin-made Model Y units should start shipping in March. Take a look at a Google Lens translation of the email, which was originally worded in German, below: 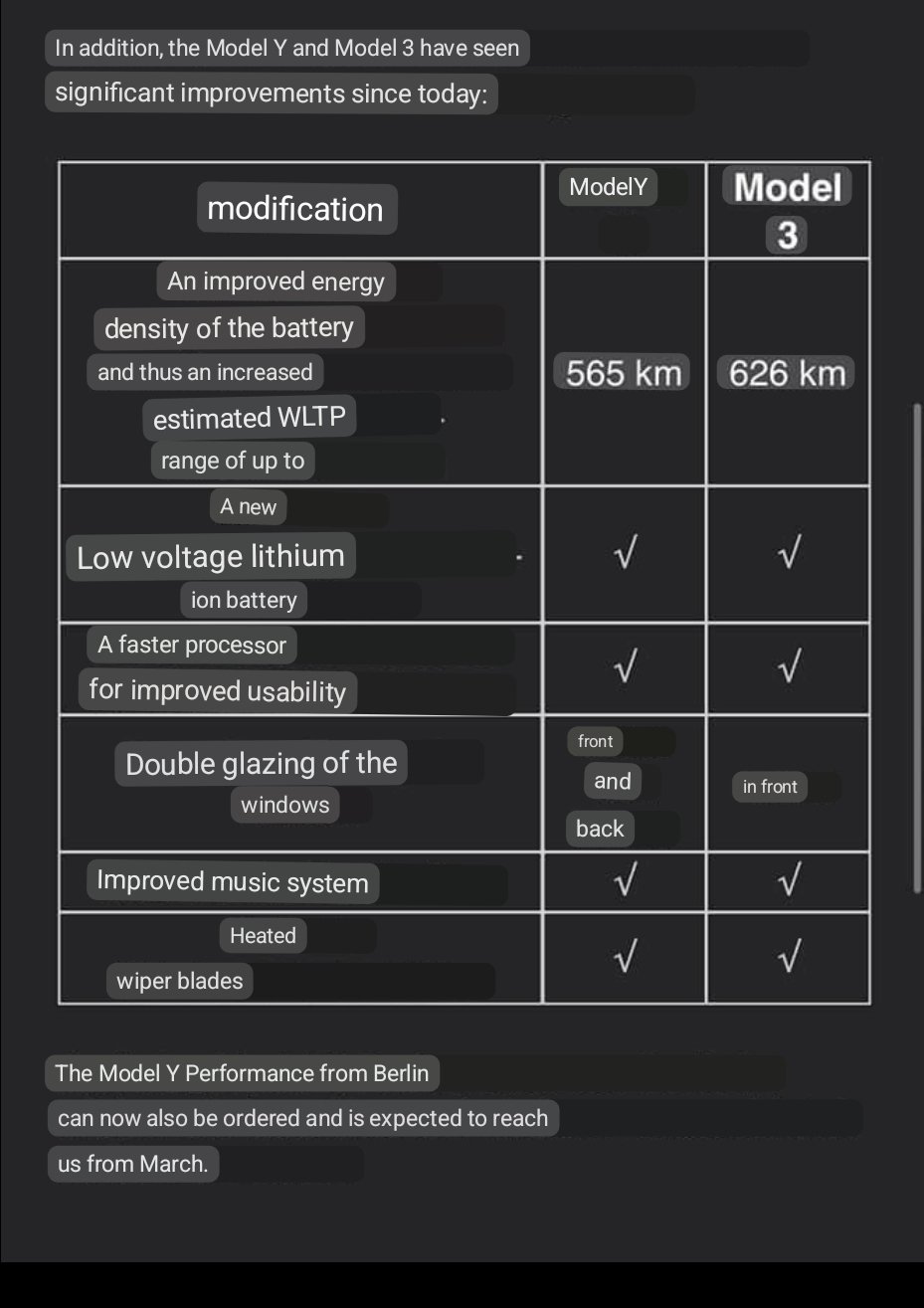 The Berlin-made Tesla Model Y has already been confirmed to get a range boost, and references to a March launch for the Model Y Performance were also found within the code for Tesla’s website a couple of weeks ago.

Since then, dozens of fully assembled Model Y Performance units have been spotted at Giga Berlin, but Tesla still hasn’t been approved to officially commence production at the facility.

Tesla submitted documents for final approval of operations at Gigafactory Berlin last month, but the local government’s blessing hasn’t come through as of yet. One Brandenburg Minister-President Dietmar Woidke said last month that final approval for Giga Berlin would be coming in early 2022.

A recent drone flyover of the factory spotted several fresh Model Y Performance units being wheeled off on a transport, likely destined for crash tests, weather toughness and water tightness testing, among other forms of product validation.

Tesla’s American Gigafactory in Austin, Texas, is also rumored to start delivering Model Ys by the end of the first quarter.