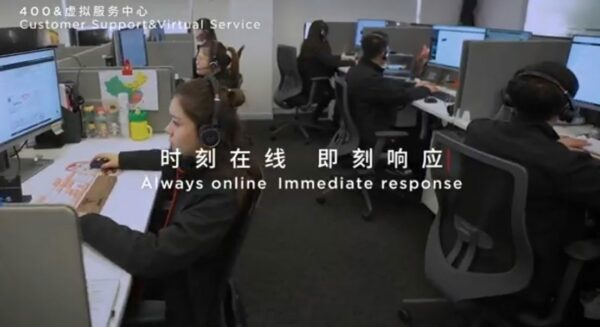 The @Tesla Greater China account shared a video announcement of its virtual customer service line on Monday, which depicts how Tesla owners in the country can call in for help fixing, updating or scheduling mobile service and maintenance for their vehicles.

Tesla’s virtual customer service line in China simply requires drivers to phone in with their problems, which support line workers will then use to either help the owner fix their cars or schedule maintenance, in addition to being able to dispatch Tesla employees for roadside assistance.

In the video, Tesla says that nearly 90 percent of problems were fixed the first time by owners using the customer service line, while 94 percent of those customers, in turn, offered positive feedback on the service.

Many others in the thread mentioned that this feature could be useful elsewhere in the world, notably in the U.S. and in the EU. Currently, service is only available through the Tesla mobile app’s support tab, which offers in-app chat. While convenient, sometimes talking on the phone to explain a problem is much faster.

Last month, Tesla also recalled around 200,000 vehicles in China due to issues with their trunks, just days before increasing the prices of the Model 3 and Model Y in China.