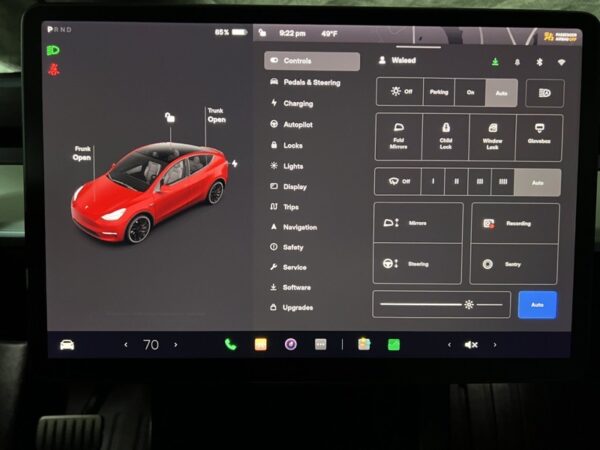 Tesla is expected to add many improvements to its recently-released V11 software and user interface, according to Tesla Head Elon Musk.

Following a Teslarati story that was shared on Thursday depicting a supposedly improved concept for Tesla’s V11 user interface, Musk responded, apparently emphasizing how the car should know what to do already without the aid of user input.

Check out the V11 concept below by @deleetdesign:

@ElonMusk pointed out in response that “Almost all input is error,” adding, “Car should do the right thing automatically.”

Almost all input is error. Car should do the right thing automatically.

The concept replaces controls to the main menu, allowing users to activate things like seat heaters and climate control with the tap of a button.

For now, expanded climate controls require a swipe up from anywhere on the touchscreen, to access them. If you want to access seat heaters, you need to swipe up and tap, instead of just seeing a shortcut along the bottom menu as before. However, there is an “auto” setting for seat heaters now.

The new interface also hides quick access to Sentry and Dashcam controls, while adds customized icons along the bottom menus. Some users aren’t sure how to use the new update, but you can check out Tesla’s online manuals to learn more.