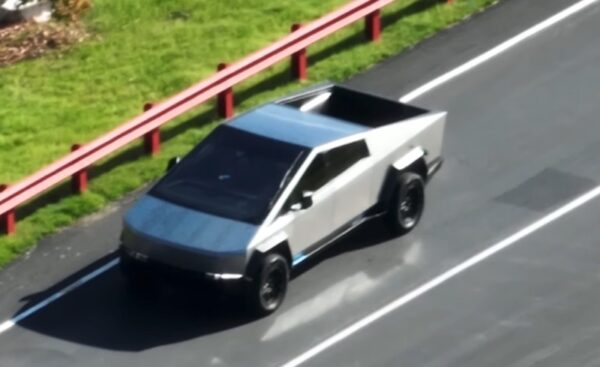 Global Equities Research analyst Trip Chowdhry said on Thursday that he expects the Tesla Cybertruck to include two versions, with the automaker also expected to hold a virtual event in March for the highly-coveted new vehicle (via @Sawyer Merritt).

One of the variants, says Chowdhry, is set to be 15-20 percent smaller than the other model, with both versions including “significant tweaks” when compared to the original design.

Although Tesla is set to have its Q4 2021 earnings call on January 26, the report also states that the automaker will hold off on sharing details about the Cybertruck until the March event.

NEWS: Global Equities Research analyst Trip Chowdhry expects Tesla Cybertruck to have two versions and the company to hold a special virtual event in March 2022 on the highly-anticipated new vehicle.

Chowdhry expects one of the CyberTruck versions to be about 15-20% smaller. pic.twitter.com/eB58aVdpgI

In addition, Steel Dynamics, located about 100 miles from Gigafactory Texas, will be Tesla’s only supplier for the Cybertruck’s exoskeleton steel, offering logistical benefits that Chowdhry says will manifest in capital advantages.

In the note, Chowdhry also held to an Overweight rating on Tesla’s stock, as well as a $1,500 price target on the company’s shares.

A patent from last month also revealed the folding rear seats and mid-front seat in Tesla’s upcoming Cybertruck, just weeks after the automaker confirmed a four-motor variant of the Cybertruck.