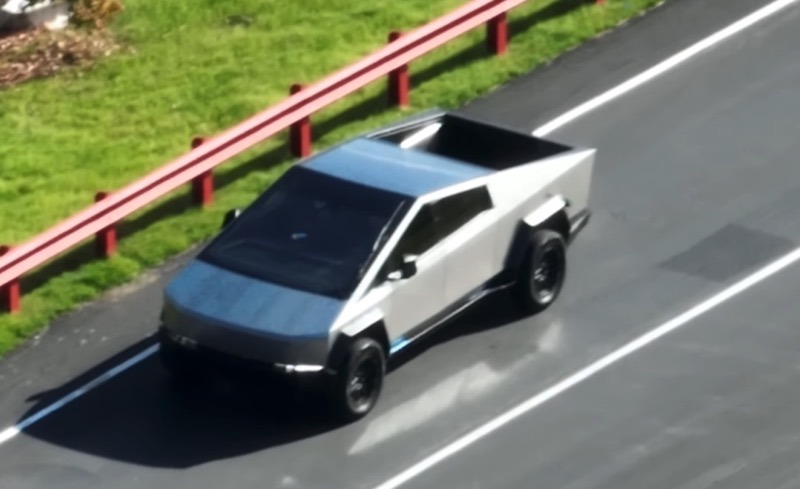 A new version of Tesla’s Cybertruck has been spotted at the company’s Fremont test track in California (via @SawyerMerritt).

The new Cybertruck looks incredible driving around the Fremont test track. The Cybertruck as one massive windshield wiper from the driver’s side.

Check out the video below in 4K—what timing from Chile Al100 to be there just in time to spot the Cybertruck:

Cybertruck can have any color you want, so long as it’s nothing

Update: Musk has commented more on the windshield wiper on Cybertruck, saying, “the wiper is what troubles me most. No easy solution. Deployable wiper that stows in front trunk would be ideal, but complex.”

Manufacturers have to ship cars with side mirrors by law, but owners are allowed to modify their cars.

The wiper is what troubles me most. No easy solution. Deployable wiper that stows in front trunk would be ideal, but complex.

Not at first, but there are many third party options for wrapping

That is not the production wiper