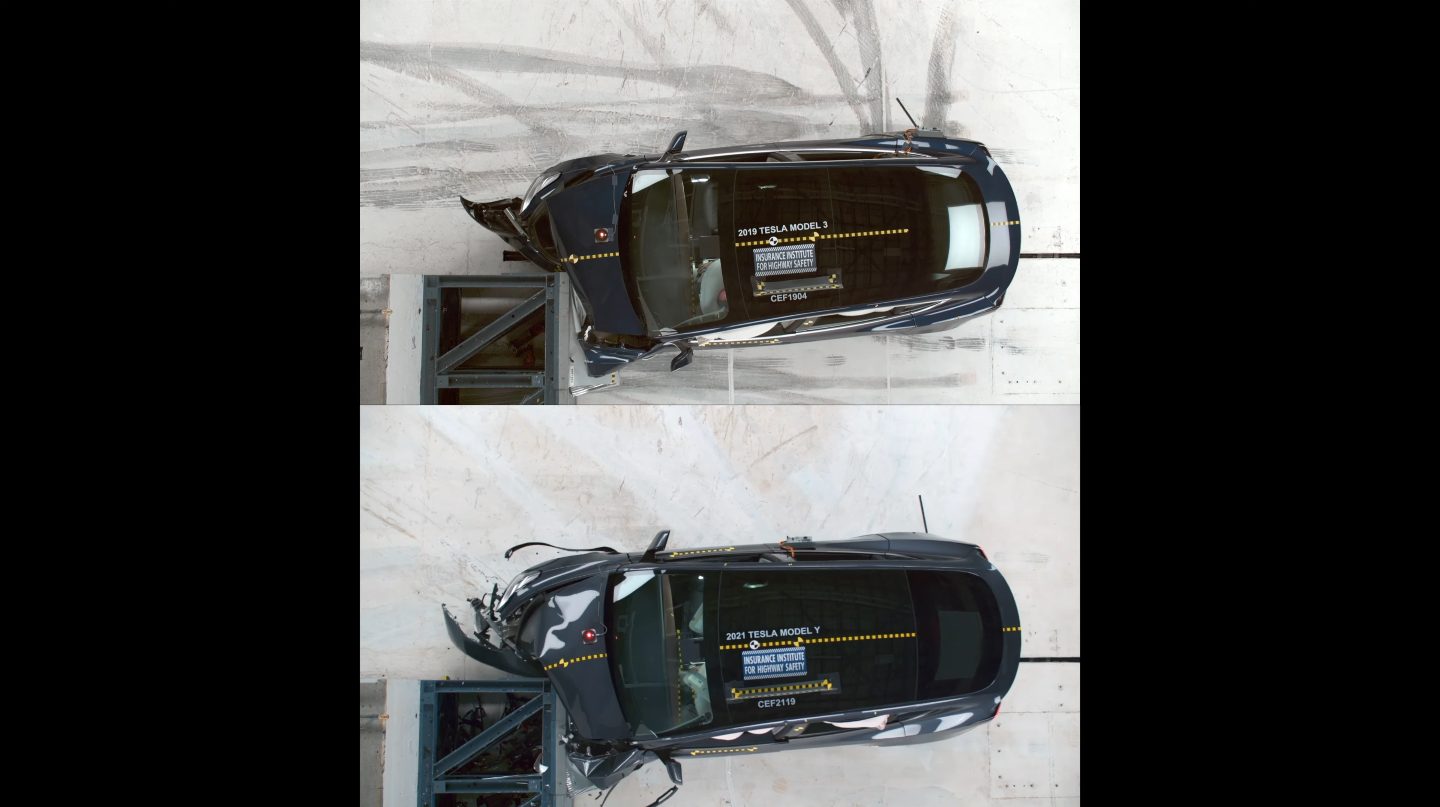 The Model Y took the crown from the Model 3, which scored exceptionally well in the tests and has received a Top Safety Pick+ rating of its own from the IIHS.

The Model Y outperformed what was widely considered to be the safest car in the U.S., and The Tech of Tech sets out to determine just how that happened by analyzing the IIHS test videos of both vehicles in a recently published YouTube video.

What the YouTuber found after comparing videos of the three collision tests performed by IIHS was that the Model Y’s design is a bit more adept at directing the forces from a head-on collision away from the passengers.

Most notably, the Model Y does a better job of not letting the forces from a collision intrude into the cabin, or even into the footwell. As such, the Model Y improved over the Model 3’s lower leg/foot injury rating of “Acceptable,” achieving the top score of “Good.”

The Model Y also boasts a much lower Head Injury Criterion (HIC) than the Model 3 in every test, even though neither car exceeds the 250-point threshold for concussion in any case.

In the T-bone collision test, the Model Y’s HIC was almost half that of the Model 3 (120 vs. 237), due in part to the Model Y’s taller stature and higher seating positions.

“Safety isn’t just the starting point for every Tesla, it’s also a part of our iterative design process,” said Tesla in a statement after the Model Y’s IIHS ratings were publicized.