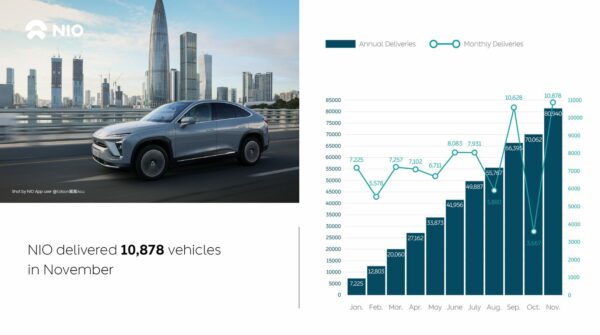 Just weeks after debuting the NIO ET7 electric sedan, NIO has officially broken a record for the most sales it has achieved in a single month.

NIO set a new monthly sales record in November, delivering a total of 10,878 units for a 105.6 percent year-over-year increase, according to a press release.

The deliveries show a rebound from October, when only 3,667 deliveries occured, “significantly impacted by reduction in production volume as a result of the restructuring and upgrades of manufacturing lines and the preparation of new products,” said NIO at the time.

The news comes just months after NIO and other Chinese automakers saw delivery surges in September, before NIO’s sales took a dip in sales in October amidst shifting company goals and a short break in production.

In October, NIO drivers surpassed a milestone of 3 billion kilometers of total driving distance, as well as NIO having reached 500 battery swap stations across China just days earlier, with 4 million swaps to date.

Last month, NIO opened a pilot program for a car battery-sharing program between drivers in China, in addition to announcing a new partnership between NIO and Shell to develop battery swap stations across both China and Europe.

Below, we can see now top EV makers in China compared for November 2021 deliveries, according to the chart shared by @42how_: 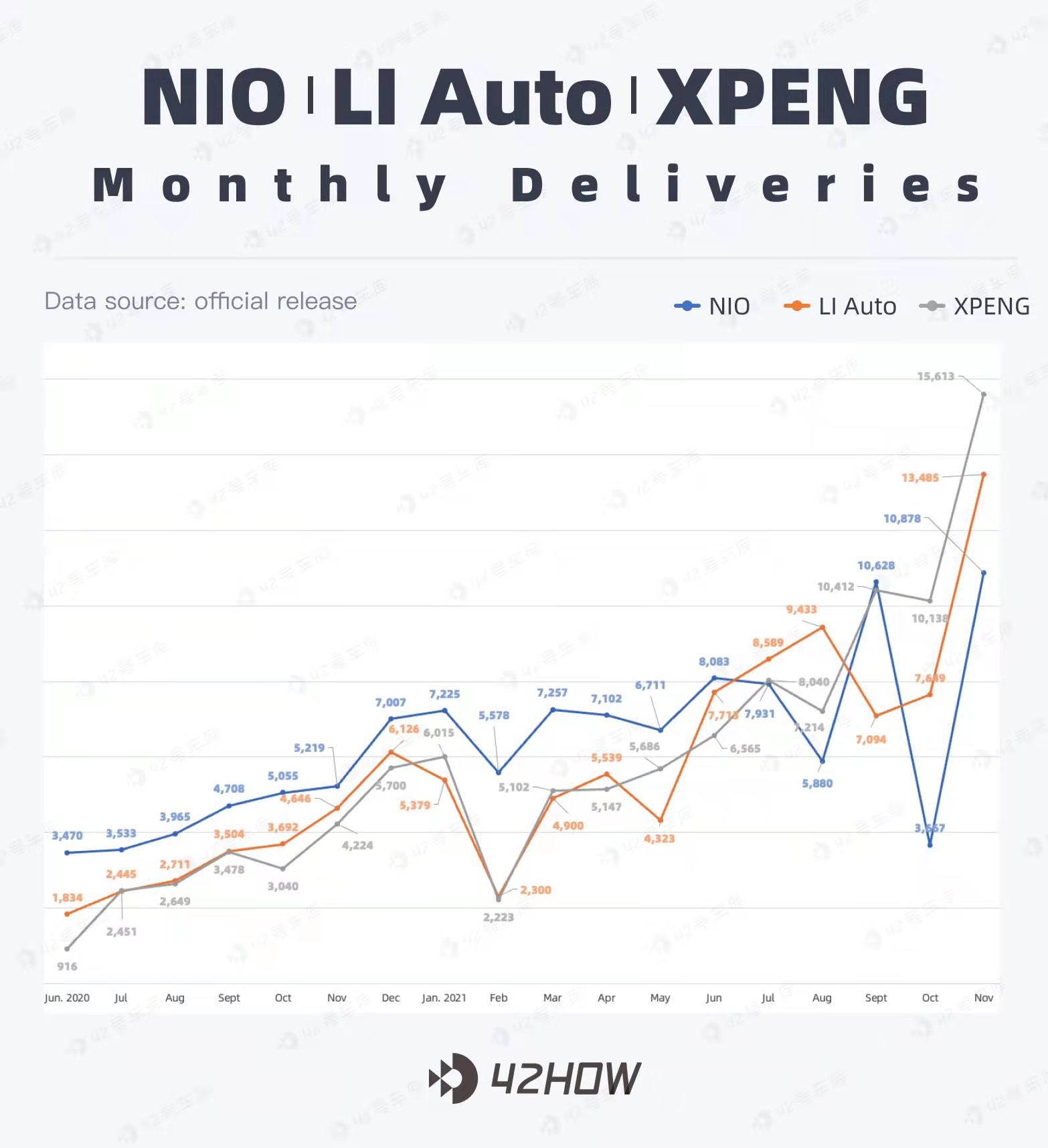