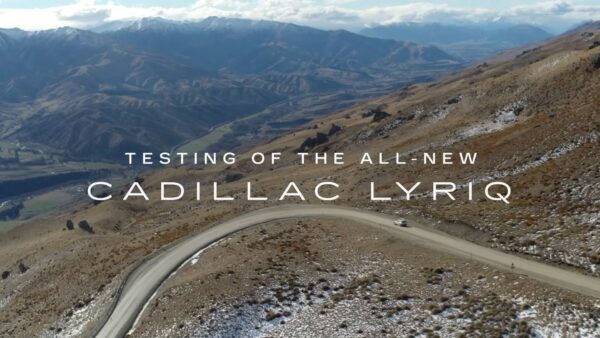 General Motors (GM) unveiled the Cadillac Lyriq earlier this year for a starting price of $59,990 USD, and now the company is saying production of its first electric vehicle (EV) is actually ahead of schedule.

GM has said that the Cadillac Lyriq’s components and technology features have surpassed 80 percent validation, ahead of where the company expected to be at this point, according to Autoblog.

The Cadillac Lyriq was initially expected to hit major auto markets by late 2022, but the new timeline shows the vehicle is set to enter production as soon as the first quarter of next year.

GM will produce the vehicle at the company’s Spring Hill, Tennessee facility, which will also build five other Cadillac EVs by 2025, according to the company’s plans.

The Cadillac Lyriq can also be seen testing at the Southern Hemisphere Proving Ground in Wanaka, New Zealand in a new video from Cadillac. In the video, the EV can be seen driving around snowy and dirty roads, as well as a variety of windy mountain roads.

GM cited the Lyriq’s multi-vehicle modular platform, the Ultium drivetrain, and the development of the Hummer EV both as parts of the reason production is already ahead of schedule.

On the reason the Lyriq is ahead of schedule, GM noted the “modular and highly flexible qualities of the Ultium system, along with engineering advances in battery technology, use of virtual development tools and lessons learned during the Hummer EV development process.”