Binance Giving Away Doge-Themed Tesla and $50,000 in Dogecoin 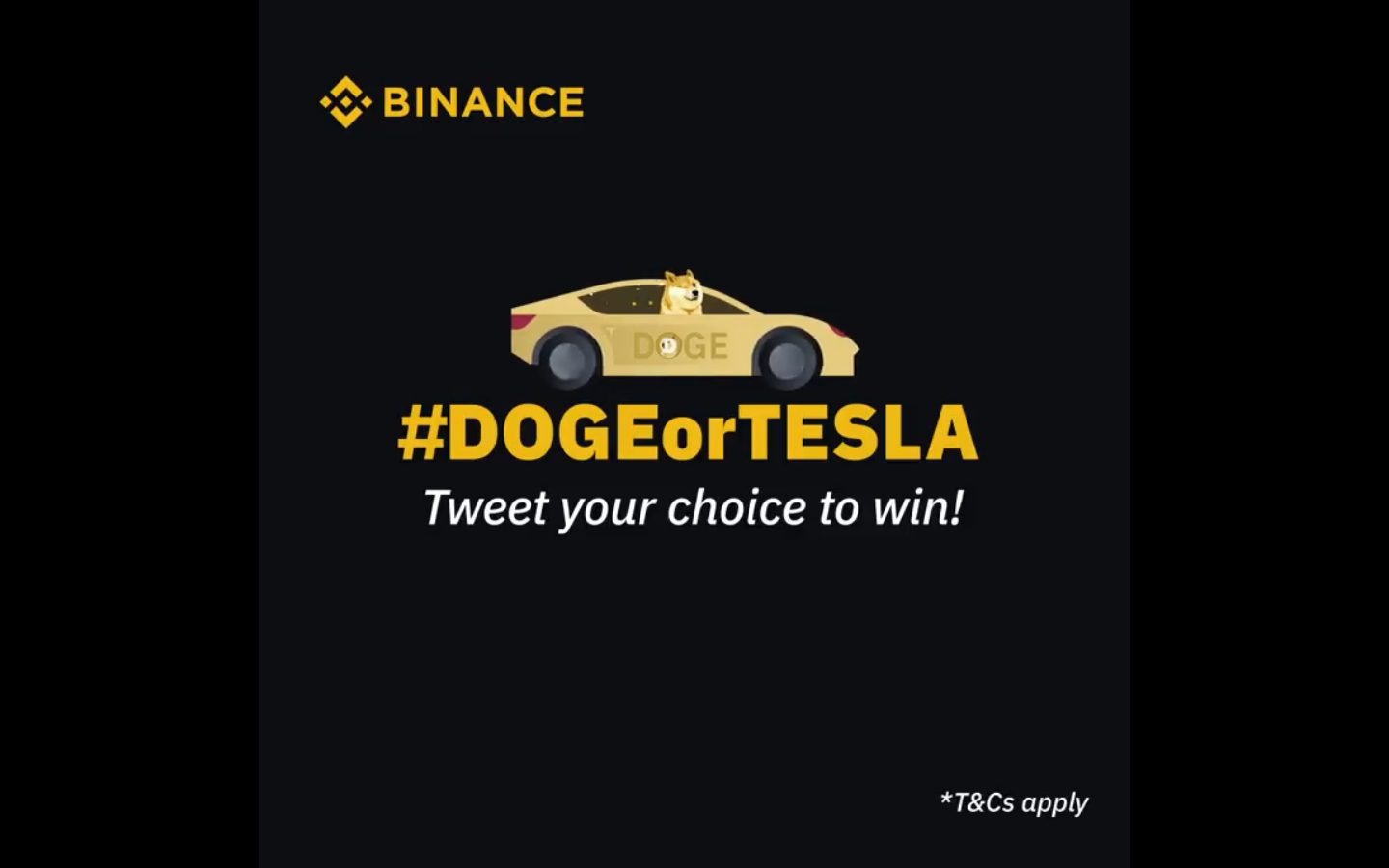 According to a recent tweet from Binance CEO Changpeng “CZ” Zhao (@cz_binance), the cryptocurrency exchange has apparently partnered with Elon Musk to give away a custom, Dogecoin-themed Tesla and a whopping $50,000 USD in the coveted meme coin.

Our favorite answer from each 'team' will win. pic.twitter.com/A2VLB6fh4a

The move comes just a week after the Tesla CEO confronted Zhao on Twitter over some “shady” issues with his cryptocurrency platform that were preventing users from withdrawing Doge.

The giveaway is likely to make up for those recent issues. While the root cause was a problem with the official Dogecoin wallet and not Binance, a myriad of the cryptocurrency exchange’s Dogecoin-holding users suffered.

It looks like the two parties managed to have a fruitful conversation, as Binance has now partnered with the ‘Dogefather’ himself to make it up to users. Here’s how you can enter the contest:

The Binance team will be selecting one lucky winner for each of the two prizes, with their “favorite answer” for why entrants should get the prize in question winning in each category.

A set of photos shared this week show that Tesla’s Powerwall and Solar Roof are super durable and will continue working after exposure to storms, as noted by one roofing company. @Tesla retweeted photos of a Tesla Solar Roof and Powerwall that withstood winds and rain from Hurricane Ian on Thursday. The photos, originally shared […]
Peter McGuthrie
22 hours ago