Tesla was rumored to have acquired the startup after the EV maker hired a few of its employees, and three of its researchers changed their job positions to Tesla.

SiILion, Inc. had scored several grants from the U.S. Department of Defense and U.S. Department of Energy, and was working on a new high-energy density battery chemistry based on “high-loaded silicon anodes before dropping off the map in 2018. 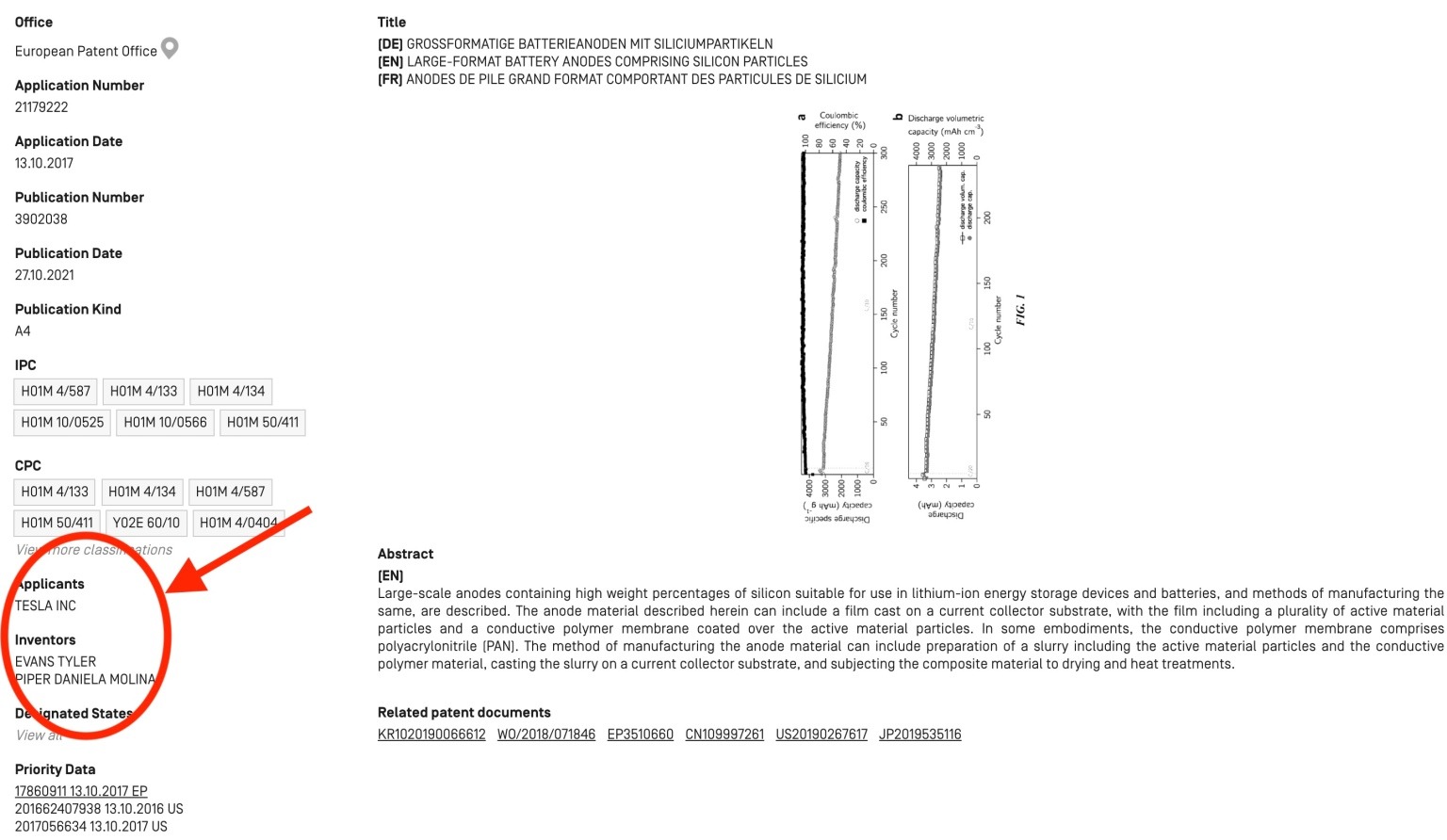 Here’s a description of the anode technology from the patent’s abstract:

The discovery confirms what Gali from HyperChange first speculated back in February 2020:

At its Battery Day event last year, Tesla announced that its new 4680 battery cells use a new silicon-based anode. In hindsight, this technology was likely made possible by the EV maker’s SiILion, Inc. acquisition.

This isn’t the first time Tesla has gone the acquisition route to improve its battery technology — earlier this year, the company acquired Canadian battery startup Springpower International for its cathode designs.