Tesla Driver Profiles to Get Cloud-Based ‘Vehicle Sync’, Found in 2021.40 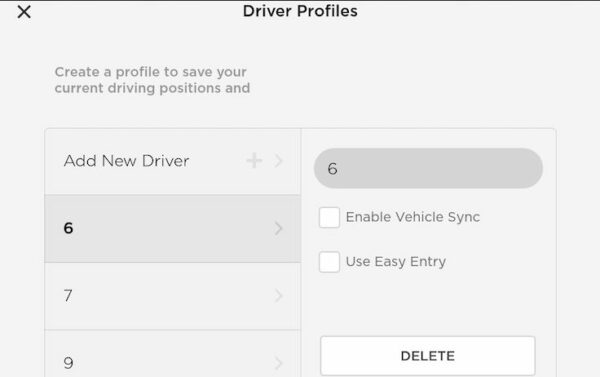 Earlier this year, one hacker discovered Tesla’s plans to move user profiles to the cloud in Tesla’s software script, and in a new update, a new addition to the feature has officially become visible in a software update – despite not yet being operational.

While the feature still isn’t available, the inclusion of the detail in the UI is telling, at the very least.

In Tesla’s profiles menu, users will be able to enable Vehicle Sync to sync with other vehicles in their Tesla app, whether you own multiple or are renting one or using a loaner vehicle. This will allow each car to include detailed preference settings, based alone on the driver’s profile, and the sync option will automatically make this happen no matter which Tesla car you’re in.

Elon Musk has previously mentioned the feature as far back as 2017.

Back in February of this year, @greentheonly found evidence of driver profile items moving to the cloud.

Currently inactive, but something to look forward to in the future I guess. pic.twitter.com/QPiwT5bc2O

Certain settings, like seat and mirror positions, for example, may carry over only to varying degrees, especially if you use different models than the one your settings are saved in. Still, most of the settings will likely carry over to any vehicle, since they won’t be affected by specifics like the vehicles’ sizes, heights and other dimensional qualities.