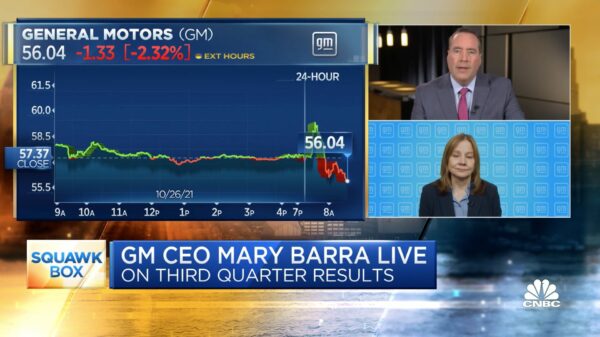 General Motors (GM) plans to up the ante in the overall electric vehicle (EV) market, and the company’s head believes they can upend Tesla as soon as 2025, according to new statements from the CEO.

GM CEO Mary Barra said on Wednesday that the company can “absolutely” catch Tesla in U.S. EV sales by 2025, according to CNBC.

On CNBC’s Squawk Box, Barra said, “I am very comfortable, because when people get into these vehicles, they are just wowed.” Barra continued, “So we will be rolling them out and we’re going to just keep working until we have No. 1 market share in EVs.”

The comments also come just weeks after GM announced plans to double its revenue by 2030 with a major EV push, and despite a slumping third quarter amidst ongoing semiconductor chip shortage issues.

GM also paused production for 1-2 weeks at its U.S. factories in September, due to issues with the supply of semiconductor chips in the third quarter.

According to data revealed by IHS Markit, Tesla’s U.S. market share of EVs is expected to drop from last year’s 79 percent to 56 percent this year, and even more in years to come as other companies like GM begin to enter the market.