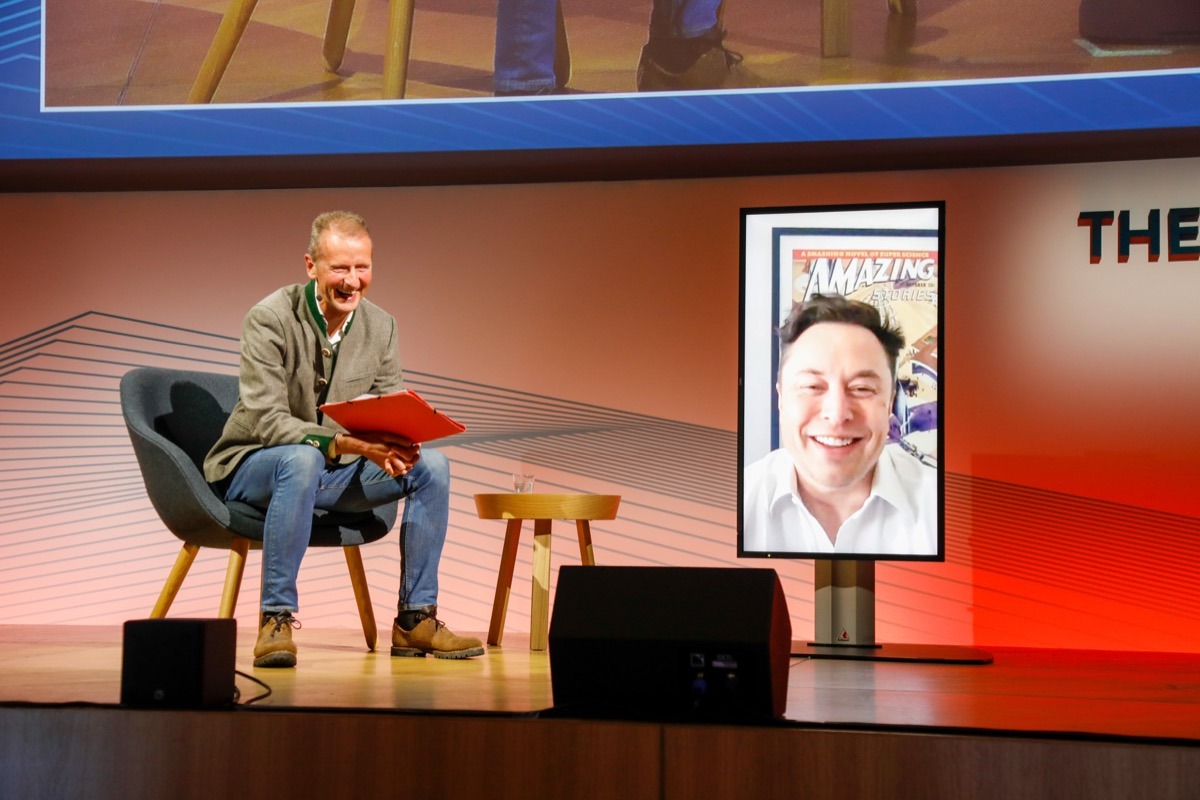 At a Volkswagen managers gathering in Alpbach, Austria, on Thursday, Tesla CEO Elon Musk addressed 200 of the German carmaker’s executives via video conference.

During the event, Musk touched upon the secret sauce to his leadership of Tesla, his thoughts on VW as a competitor, and more, reports Reuters.

Volkswagen CEO Herbert Diess later confirmed on Twitter that he had invited Musk to speak at the event, adding in a post on LinkedIn that he hoped the “surprise guest” and his viewpoints would help emphasize the fact that the legacy automaker needs to make faster decisions and cut through the red tape at what is quite possibly the biggest transition in VW’s (and the industry’s) history.

With a new mindset & a revolution in our headquarter Wolfsburg we can succeed the new competition.Good meeting with 200 top managers in Alpbach. Big responsibility at a crucial point for our company. Thx for joining @ErinMeyerINSEAD & @elonmusk,we will visit you soon in Grünheide pic.twitter.com/dwYyXZnBT8

Herbert Diess wants to accelerate Volkswagen’s transition to electric vehicles, and that has inevitably brought the legacy carmaker toe-to-toe with Tesla, a pioneer in the space.

When Diess asked Musk why Tesla was more agile than the competition, the Tesla CEO said it came down to his management style and the fact that he is, first and foremost, an engineer. Having a keen eye for supply chains, production, and logistics also helps, added Musk.

Diess also relayed the previous story of how Tesla was able to rewrite software in two to three weeks, when the electric automaker had to switch microchips, due to one being completely out of stock, as the worldwide auto supply chain faces pandemic supply pressures.

The Tesla CEO praised Volkswagen for being an “icon” and Tesla’s prime challenger in electric vehicle game, especially in Europe.

“Happy to hear that even our strongest competitor thinks that we will succeed (in) the transition if we drive the transformation with full power,” said Diess in his LinkedIn post.

The Volkswagen CEO hopes to maintain a relationship with Tesla moving forward. “We will visit you soon in Gruenheide,” he said in his tweet.

Diess has been a longstanding admirer of Musk and what he has achieved with Tesla, and remarked last month that Tesla’s Berlin Gigafactory, once operational, will challenge the German auto industry to step up its game or be left in the dust.

Giga Berlin is currently awaiting final permit approval, which is expected in Q4. In order to accelerate its move towards an all-electric product portfolio, Volkswagen plans on building six new battery factories in Europe by 2030.