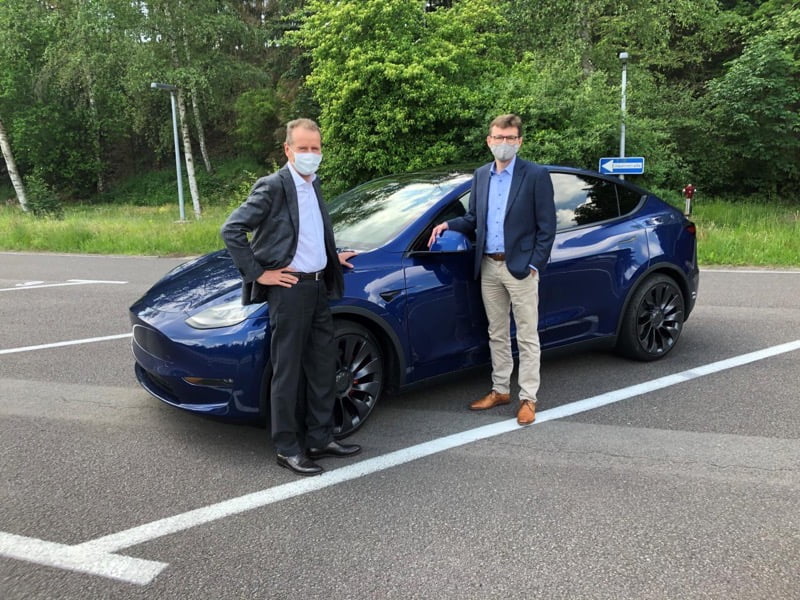 It’s hard to pin down exactly how the head of Volkswagen feels about Tesla, with statements earlier this year saying that the company hopes to “get close and overtake Tesla” as an electric vehicle (EV) leader in the world, then last month praising the company’s Supercharger network.

On Monday, when asked if he saw any parallels between himself and the head of Tesla, Volkswagen CEO Herbert Diess said that Elon Musk is “changing the world with his ventures,” but that they are “quite different,” according to Benzinga.

The interview also revealed that Volkswagen may still be thinking of keeping internal combustion engine (ICE) vehicles in their back pocket in some countries, rather than making a clean switch to EVs.

Diess said, “I think he’s a brilliant guy. And he really makes a difference. He’s changing the world with his ventures.”

Diess also laughed off questions about the Volkswagen CEO being offered a job as Tesla’s CEO in 2015, dodging around any substantial response to the question.