Volkswagen Wants to ‘Get Close and Overtake’ Tesla, Says CEO 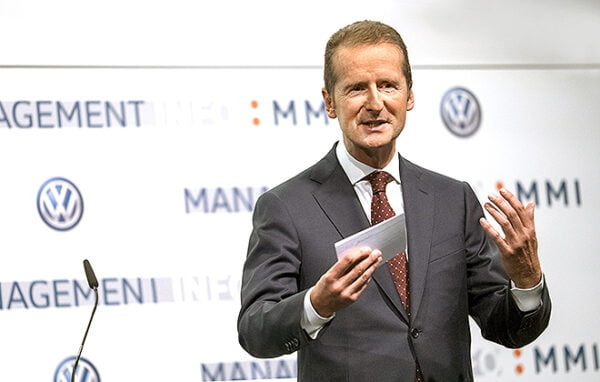 Volkswagen (VW) denied claims that it would join forces with Tesla on Tuesday, responding to “Squawk Box Europe” on whether the company would rule out future deals with the electric vehicle (EV) company, as reported by CNBC.

VW CEO Herbert Diess said, “No, we haven’t considered [it], we are going our own way. We want to get close and then overtake. We think that we can – we need our own software stack, our own technology.” He continued, “And also, I think Tesla, or Elon, is very much thinking [about] his way forward. So no, there are no talks between Elon Musk and myself regarding joining forces.”

VW has also been called Tesla’s most credible rival effort by the Union Bank of Switzerland (UBS) in recent weeks – a high compliment coming from one of the finance industry’s most valued firms.

Last year, VW claimed it had a dealership advantage in the race with Tesla, as the companies fought for top-selling spots in countries throughout Europe.

As the world turns towards electric and sustainable transportation, VW is likely to maintain its status as one of the world’s most significant EV automakers – but the margins for “keeping up and overtaking Tesla” are narrow, and if the company wants to do so, it’s got a long road ahead.