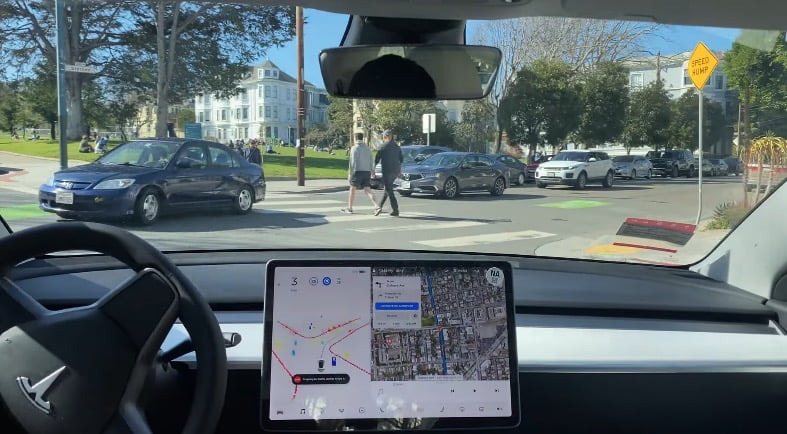 “In this video we test FSD Beta 8.2 around the city streets of famous San Francisco. We see how well the system handles numerous scenarios, including but not limited to: Speed bumps, a Roundabout, pedestrians, bicycles, as well as downtown driving,” explains AI Addict.

The video fast forwards through the parts of the video where FSD beta is able to easily handle, but then focuses on areas that need improvement, or where interventions are required.

For example, FSD beta in the video fails to make its way through a roundabout, while other times at an unprotected left turn, some manual acceleration was needed to nudge the car to proceed. Some left and right turns take a janky line in tricky city lanes, resulting in grabbing the wheel by AI Addict.

Tesla CEO Elon Musk said earlier today FSD version 8.3 should be ready by the end of next week. When released, it will offer a “download beta” button for select customers with FSD purchased, to let them download the beta and try it out immediately.

Tesla Confirms Shanghai Factory Was Not Breached by Verkada Hackers