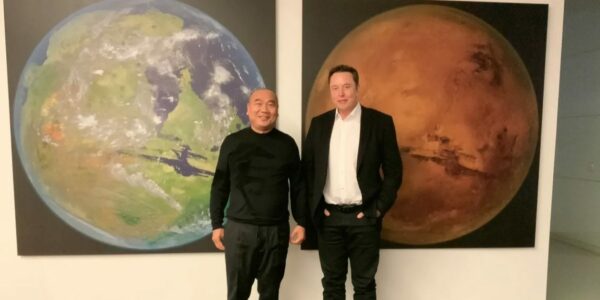 After low-profile investor KoGuan Leo revealed himself to be Tesla’s third-largest investor, the individual is receiving a lot of attention on Twitter, and has committed to buying even more shares in Tesla (TSLA) than he already holds.

@KoGuan Leo said on Thursday that he plans to buy over a million more shares of Tesla (TSLA) by January 22, with more set to be purchased later through changing his calls into physical shares. The news came in response to another user asking whether KoGuan was done buying for a while or if he had any plans to buy more shares of the company.

I have committed to buy additional >1 million shares of Tesla by January 22. More later by turning my calls into physical shares. To be or not to be? https://t.co/ICQXBCxqfW

According to KoGuan, he already owns more than 6.2 million Tesla shares, amounting to a value of roughly $4.6 billion USD. This places KoGuan into the category of Tesla’s third-largest investor, right behind Larry Ellison and Elon Musk himself – and also holding more shares of the company than the bullish investing firm Ark Invest.

While his willingness to accept the title came rather abruptly and mysteriously, KoGuan’s claims were also confirmed later by a number of users, including Tesla Head of Investor Relations Martin Viecha.

Tesla held its 2021 annual shareholder meeting via a live stream earlier this month, hosted from Austin, Texas, where the company is currently in the process of moving its headquarters from Fremont, California.

Tesla’s big AI Day 2022 is here and it is slated to start at 6:15pm PDT/9:15pm EDT from Palo Alto, California. The event is to recruit engineers to “build the future of AI”. According to the AI Day invite, attendees will “learn about Tesla’s latest developments in artificial intelligence, including Full Self-Driving, Tesla Bot, Dojo […]
Sarah Lee-Jones
6 hours ago

A set of photos shared this week show that Tesla’s Powerwall and Solar Roof are super durable and will continue working after exposure to storms, as noted by one roofing company. @Tesla retweeted photos of a Tesla Solar Roof and Powerwall that withstood winds and rain from Hurricane Ian on Thursday. The photos, originally shared […]
Peter McGuthrie
7 hours ago

Tesla’s global production of the Model Y and 3 is set for a sharp increase in Q4 with expectations of major growth in 2023, according to internal plans reviewed by Reuters this week. The growth is expected to happen due to Tesla’s Giga Berlin and Texas ramping up production substantially, putting the company on track […]
Peter McGuthrie
8 hours ago