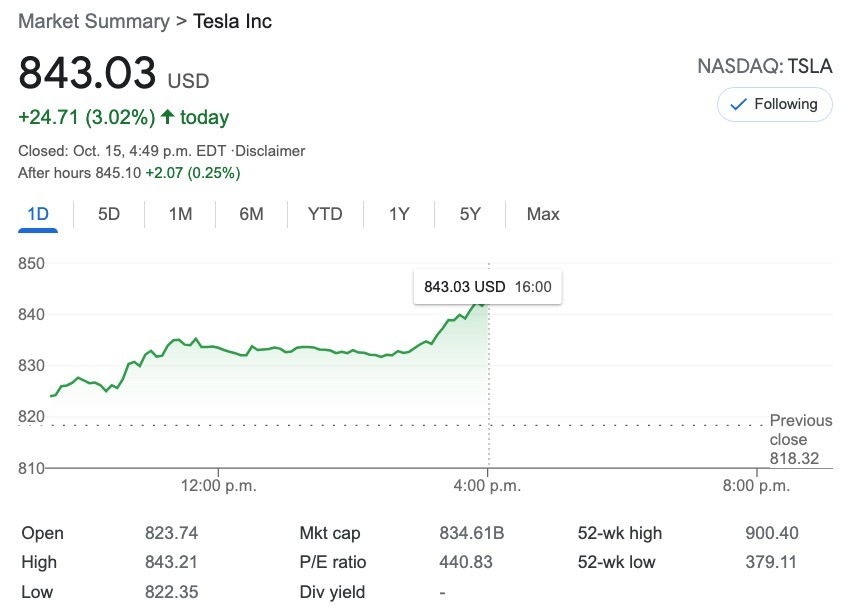 Jefferies analyst Philippe Houchois raised his stock price target on Tesla from $850 to $950 per share, saying the company is uniquely positioned to handle the ongoing global semiconductor shortage than other companies, according to MarketWatch.

Houchois also made the claims that concerns over Tesla’s demand in China, the world’s largest auto market, were put to rest last month as the U.S. electric vehicle (EV) company heralded record-breaking deliveries – even amidst growing competition.

While Tesla reached its all-time high of $900 per share in January, Houchois thinks this bull run will reach a new 8-month high, with his target already set 7.6 percent above the all-time high day in January.

In a note to clients, Houchois wrote, “For some time the narrative has been legacy [automakers] closing the gap; we see little evidence as Tesla continues to challenge at multiple levels.”

At the time of writing, Tesla’s shares closed at $843.03, up 3.02% for the day. Next week, Tesla announces its Q3 earnings on October 20, and depending on what Wall Street hears, the company stock could keep trending higher.