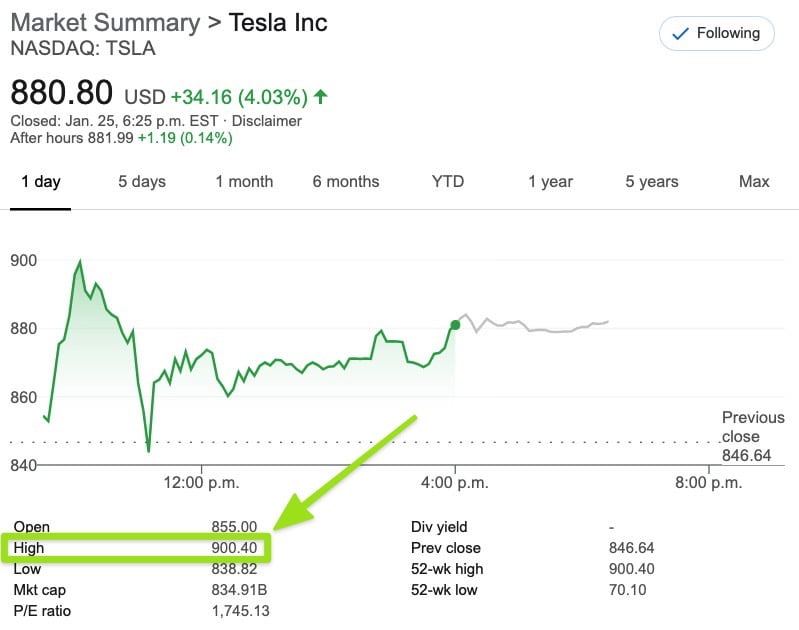 Shares of Tesla surged heavily on Monday morning trading, touching $900.40 per share, a new all-time high for the company, before closing at $880, up 4% for the day, the highest close ever for Elon Musk’s electric vehicle company.

Tesla is set to announce its Q4 2020 earnings on Wednesday after the closing bell, and many are expecting impressive numbers for the company’s Model 3 and Model Y vehicles. The company previously announced it was just shy of delivering 500,000 vehicles in a single year, but final numbers may be different. What’s impressive is Tesla was able to achieve this during COVID-19 lockdowns.

With Model Y sales surging in China for the New Year, 2021 is expected to be yet another breakthrough for Tesla. Let’s find out what the company has to say on Wednesday’s earnings call.