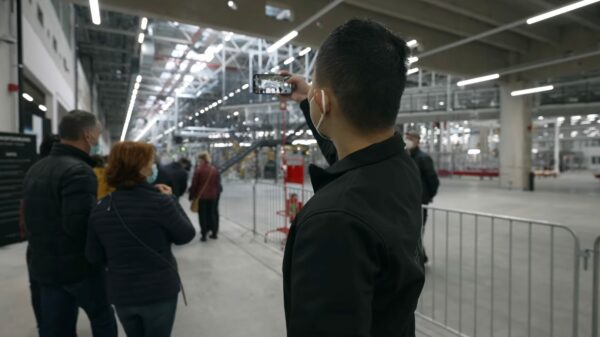 Tesla released a 4K video from its Berlin-Brandenburg County Fair event on Saturday, and while many attendees filmed the factory tour, let’s take a look at one of the best walkthroughs yet.

Daren Yoong shared an extensive tour of Tesla’s Gigafactory Berlin facility on Monday, taken at the County Fair event held at the new factory. Traveling all the way from Singapore to the event, Yoong shows off a number of shots outside and inside the factory during the event, including close looks at the Model X and Model Y bodies.

On the inside of Gigafactory Berlin, Yoong looks at various areas of the facility, including the stamping area, body shop, the paint shop, the Giga Press casting area, final assembly as well as automation and safety areas. During the tour, Yoong also talks to other travelers about what brought them there, while stopping for a short tribute to the Tesla team and Elon Musk mid-tour.

The facility bears some visual resemblance to elements of Gigafactory Shanghai, mostly regarding how clean it is and how seamlessly everything appears to work together throughout the entire factory.

You can see Daren’s full coverage of the inside of Gigafactory Berlin below, complete with looks at the company’s assembly, body and paint shops, among other areas of Tesla’s first European car manufacturing facility.

Tesla’s Giga Berlin is expected to start production later this year, in November or December, according to Elon Musk.