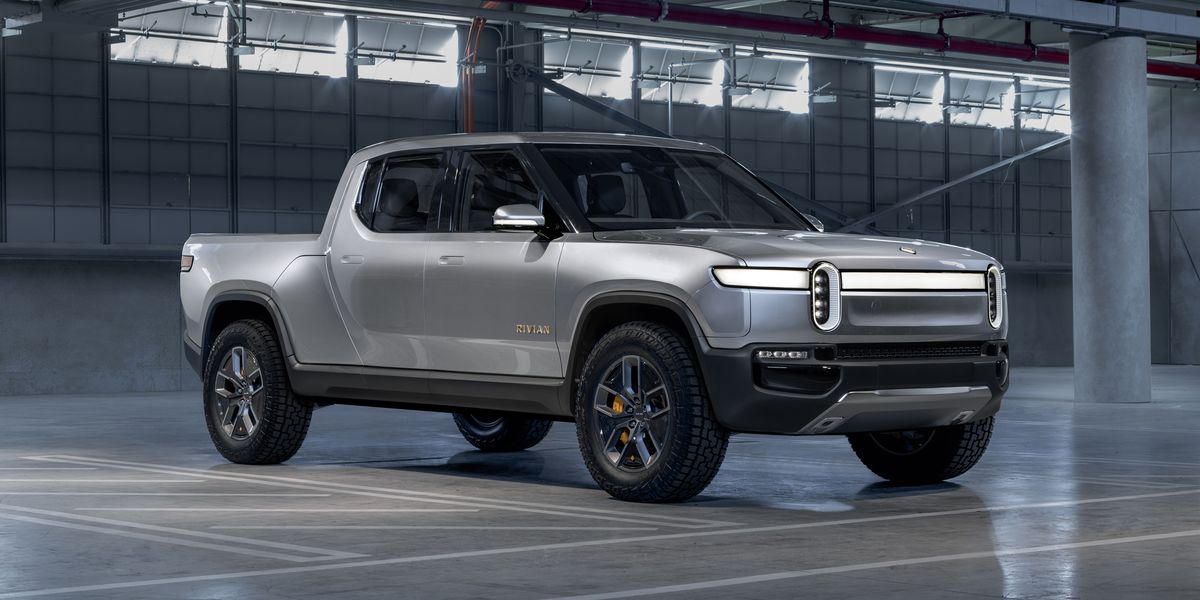 The first production unit of Rivian’s all-electric pickup truck, the R1T, rolled off the line and into the hands of the first customer last week.

According to a recent tweet from The Kilowatts, the owner’s manual for the R1T has now gone live, and it details all of the electric pickup’s specifications, features, and ease of use offerings.

Rivian's R1T Owners Manual is LIVE & it includes details on EVERYTHING from accessing the #R1T with Wristband Keys, to using Driver+, to setting up Wifi Hotspots, to stowing a full-size Spare Tire, to locating the air Compressor in the gear tunnel.
Source: https://t.co/DPGYiUtw6m pic.twitter.com/ocAcnyYDjC

According to the owner’s manual, the R1T comes with a variety of ‘drive modes’ that optimize the vehicle for specific use cases. These modes include:

As for Driver+, Rivian’s competitor to Tesla’s AutoPilot driver assistance technology, the Adaptive Cruise Control feature can only be enabled between 20mph and 85mph, and Highway Assist can only be activated on “certain divided or controlled-access” highways.

Rivian’s companion smartphone app for its vehicles also launched last week, and the R1T comes with a number of electronics and accessories on board to make the driver’s life easier. Among these is a wireless charger capable of charging up to 2 devices at once, a camping speaker/lantern, a torch flashlight, and an air compressor stored within the gear tunnel door that has a 20′ hose and delivers up to 140 psi of air pressure.

Electronics/Accessories:
• Wireless charger is capable of charging up to 2 devices at once
• Included Camping Speaker/Lantern and Torch Flashlight use/storage details
• Included Air Compressor is stored within the gear tunnel door & has a 20’ hose & is capable of up to 140 psi pic.twitter.com/Tj4cz5MIxC

The owner’s manual also sheds some light on Gear Guard, Rivian’s competitor to Tesla’s Sentry Mode, which uses the electric pickup’s built-in cameras to not only monitor the vehicle itself, but also its perimeter and anything stored in the truck bed.

Gear Guard, Rivian’s version of Tesla’s Sentry Mode, is probably worth reading for yourself: pic.twitter.com/XDStYnRHAq

Gear Guard also comes with a guard cable for securing anything you store in the truck bed, and video recording functionality is available.

After being delayed twice to September, deliveries for the R1T are now underway. In its review of the 2022 Rivian R1T, Motortrend called it the “most remarkable pickup” ever driven.

A special night with some of Rivian's earliest employees and now earliest deliveries! Some of these families have been helping build our company for over 11 years. Thanks for all the hard work and dedication. pic.twitter.com/QWEBwoxzD2