Rivian Delays R1T Deliveries to September, According to Email to Customers 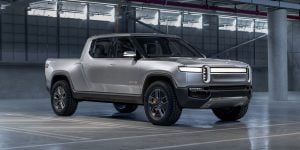 After Rivian delayed its deliveries of the R1T to July, the company has followed up with a new delay in a letter to its customers.

Rivian has officially delayed its R1T preorder deliveries to September, according to a letter sent to customers which was shared on Friday (via Reddit). The electric pickup truck was set to be delivered in July following a delay earlier this year, though the letter states that it has been pushed back with the R1S expected to be delivered “shortly thereafter in the fall.”

In the letter, Rivian wrote, “There are many reasons why our production ramp is taking longer than expected. The cascading impacts of the pandemic have had a compounding effect greater than anyone anticipated.”

The letter continues, “Everything from facility construction, to equipment installation, to vehicle component supply (especially semiconductors) has been impacted by the pandemic.”

According to the letter, Rivian has two separate production lines for the R1T and the R1S at its Normal, Illinois production facility, in addition to a third production line dedicated to the company’s upcoming commercial vans.

The letter also states that the company is looking to do a multi-city, multi-format drive program in September, along with more events, programs, and spaces, as well as the expansion of Rivian charging sites and service centers around the country.

You can read Rivian’s full letter to its customers about the delays below.