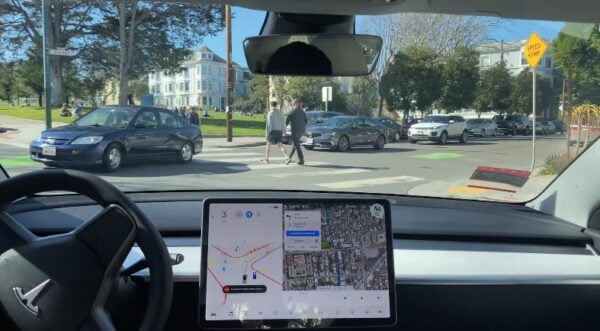 Tesla CEO Elon Musk recently announced the company’s plans to roll out its Full Self-Driving (FSD) beta to the public for those that have purchased the add-on (after a review of driver behavior first). Now, San Francisco transport officials are growing concerned about the system’s safety ahead of the wider beta release.

The SFCTA and its Executive Director Tilly Chang emphasized that FSD is an advanced driver assistance system (ADAS), not an autonomous vehicle system – also adding the importance of FSD’s need to have a fully engaged human driver monitoring the road.

Chang said, “We are concerned about the safety record of this service and the name of the service as it could be confusing for consumers, and hope DMV, FTC and NHTSA continue to monitor and analyze this issue to protect consumers and the traveling public.”

The California Department of Motor Vehicles (DMV) also stated that it was “reviewing [Tesla’s] use of the term ‘Full Self-Driving’ for its technology,” adding that the feature “does not make the vehicle an autonomous vehicle per California regulations.”

Tesla CEO Elon Musk recently said its current 2,000 FSD beta testers have yet to have an accident on the road. Testers are instructed to always keep their hands on the wheel and maintain full control of the vehicle. The new FSD ‘beta button’ is expected to launch tonight at midnight.

Tesla CEO Elon Musk recently met with French President Emmanuel Macron to discuss the “manufacturing of electric vehicles and batteries,” among other things. “In line with our ambition for decarbonizing and reindustrializing France and Europe, with @elonmusk we exchanged on future green industrial projects, such as manufacturing of electric vehicles and batteries,” President Macron said […]
Nehal Malik
13 hours ago