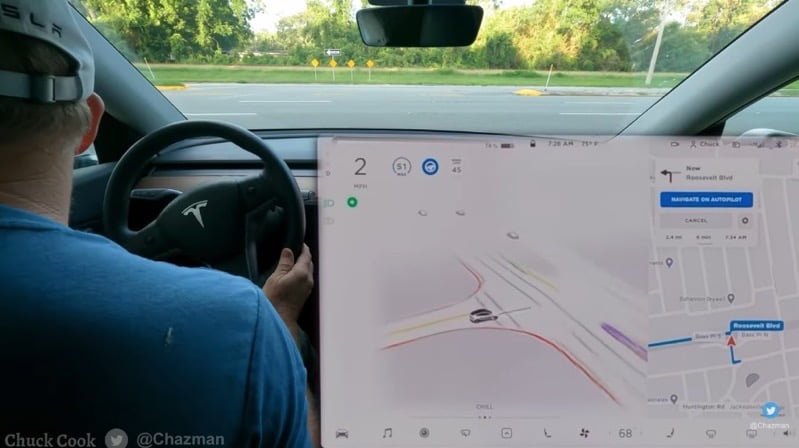 The company plans to roll out its public beta in the coming weeks, reiterated Musk on Sunday evening. This will come in the form of a beta request ‘button’ for owners that have purchased Full Self-Driving.

But now Musk has clarified, FSD subscriptions are also eligible to try the beta, when asked about it.

Currently, FSD subscriptions are only available in the United States, and costs $199 USD per month.

Musk previously discussed how new beta testers would first be judged on their driving behaviour before being allowed to test FSD beta.

When asked, “How are you judging good behavior over the 7 day period?” by @teslaownersSV, the Tesla CEO replied, “Tesla insurance calculator will show status in real-time & tell you what actions are needed to be rated “good driver””.

The Tesla insurance calculator will need to be turned on by owners, added Musk. The system will also calculate driver behaviour even when Autopilot is enabled.

As for the beta button that’s upcoming, @BLKMDL3 asked, “Will beta button judge your driving 7 days before you press button or 7 days after then it sends it.” Musk replied, “7 days after approval to log driving style.”

It’s unclear if Tesla will roll out its FSD public beta ‘button’ to countries outside the USA. We do know Tesla has been testing FSD beta up in Canada.

Musk previously reiterated its FSD beta testers, which stand at about 2,000, have not been in any accidents while testing the trial software. He also has emphasized safety is priority when it comes to the rollout of FSD.