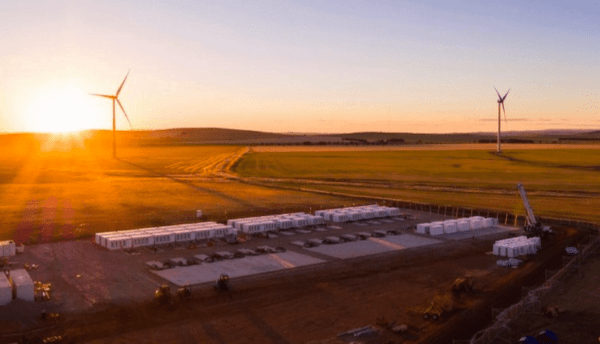 French company Neoen has worked with Tesla on two large battery sites in Australia, though the company allegedly didn’t supply any power to the grid during a four-month period, according to a new lawsuit.

The Australian Energy Regulator (AER) is suing Neoen for not providing backup power to the South Australian grid with its Hornsdale “Big Battery” during four months of 2019, according to Reuters. Neoen has reportedly already been paid for the time, despite not having supplied any power from the giant set of Tesla Megapack batteries.

In response, Neoen said it was disappointed with AER’s decision, though it did not comment on the regulator’s allegations or whether they had failed to provide power to the grid during this period of time.

Tesla and Neoen also partnered on a Victorian Big Battery after the founding of the Hornsdale site. Neoen’s Victoria Big Battery had a Tesla Megapack catch fire during trials in July, though it’s expected to become operational during the Australian summer of December 2020.

Tesla has announced its production and delivery numbers for Q3 2022. The company said it produced over 365,000 cars and delivered a record 343,830 vehicles in the third quarter. “Historically, our delivery volumes have skewed towards the end of each quarter due to regional batch building of cars. As our production volumes continue to grow, […]
Sarah Lee-Jones
48 mins ago

Tesla has increased delivery wait times for all models except the entry-level Model Y in China to 4-8 weeks — reports CnEVPost. The move is in stark contrast with delivery timeline changes made by Tesla in recent weeks, which cut wait times down significantly. For some models, Tesla managed to bring delivery times down to […]
Nehal Malik
20 hours ago

If you’re planning to finance your next Tesla purchase in the United States, rates have increased to kick off the fourth quarter. As noted by Waiting4Tesla.com (@w4tsla), financing rates for Model S/X and Model 3/Y on the Tesla website in the U.S. have increased 0.25%, now showing as 4.74% (previously 4.49%). Tesla partners with major […]
Sarah Lee-Jones
24 hours ago