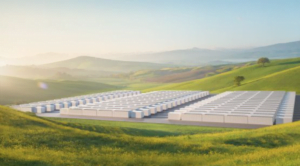 Neoen and Tesla announced plans to partner in building Victoria’s biggest battery yet just a few months ago, and according to a new update, the companies are now a little closer to financing the project.

On Thursday, the Clean Energy Finance Corporation (CEFC), established in 2012 under the Australian Government, announced it would be investing $160 million (AUD) to help build the 300 MW Victorian Big Battery (VBB), which is expected to be operational by the 2021-2022 summer.

The battery, powered by Tesla’s Megapack batteries, will become one of the largest operational batteries in the world, and is expected to provide an important boost to the state’s electrical grid stability.

CEFC CEO Ian Learmonth said, “The VBB will improve grid security by providing extra capacity during the peak summer months. It will also contribute to the dispatchable resources needed to underpin the increasing share of renewable energy that will make up Australia’s future energy mix.”

Neoen will operate the battery, with Tesla in a supporting role largely to supply and help build the energy storage system. The VBB is also expected to provide access to an additional 250 MW of peak power capacity on the Victoria-New South Wales Interconnector. Cost analysis also expects the VBB to offset electrical costs for Victorian consumers by over $220 million (AUD) over the next 11 years.

As the world shifts to clean energy resources, the VBB is one of the most radical steps forward into zero-emission energy taken by governments at large, hopefully setting an important precedent for federal and state governments around the world.