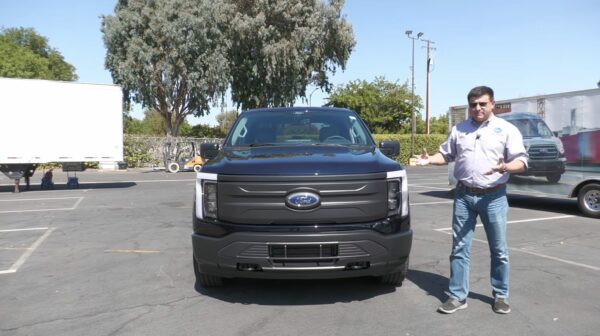 In a video shared by popular and in-depth car reviewer Alex on Autos on Wednesday, Alex Dykes takes viewers through a first-hand look at the Ford F-150 Lightning electric pickup truck upon debuting to the U.S. market (via InsideEVs).

Dykes goes through the vehicle’s exterior and interior, as well as looking at the F-150 Lightning Pro model for commercial use – all before taking a short drive in the electric truck.

The F-150 Lightning will feature 230 miles of range for the base model, with 300 miles in the truck’s larger battery variant. It will also