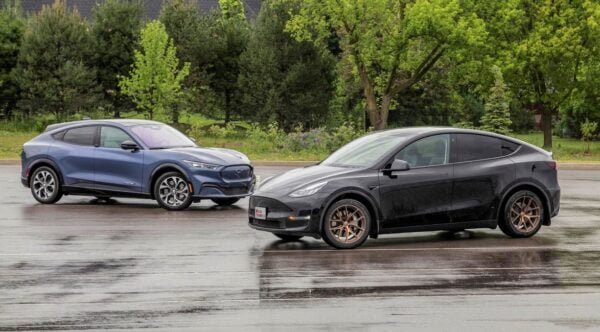 On Sunday, Tesla CEO @Elon Musk noted that a recent Bloomberg article had been written by lobbyists from Ford and the United Auto Workers union, saying it’s “not obvious how this serves American taxpayers.”

The article noted that Ford’s electric Mustang Mach-E production had surpassed the company’s gas models for the first time – despite being an EV produced outside of the U.S.

This is written by Ford/UAW lobbyists, as they make their electric car in Mexico. Not obvious how this serves American taxpayers. https://t.co/FUUXARHlby

The proposed tax credit would award up to $12,500 USD per vehicle for union-produced EVs made within the U.S., only including the big three – Ford, General Motors (GM), and Fiat Chrysler. Tesla, on the other hand, along with a slew of smaller U.S. manufactured EV companies will only qualify for a $7,500 USD tax incentive.

In another follow-up comment, @WholeMarsBlog posited that American-made EVs should be the top priority, to which @Elon Musk responded again by tagging President Biden’s Twitter account and saying “Ahem.”

The news also comes just a month after U.S. President Joe Biden announced a target of reaching 50 percent EVs out of new cars sold by 2030 – expected to help accelerate U.S. adoption of EVs on a mainstream level.

A Tesla Model 3 with a camouflage cover on the front and rear was recently spotted at a parking space in Santa Cruz, California (via @omg_tesla). What’s going on here? @klwtts @WholeMarsBlog @teslaownersSV pic.twitter.com/uFpxcsVh4D — omg_Tesla/Rivian (@omg_tesla) December 3, 2022 The electric vehicle (EV) seemed to have factory plates, indicating that it is part of […]
Nehal Malik
10 hours ago