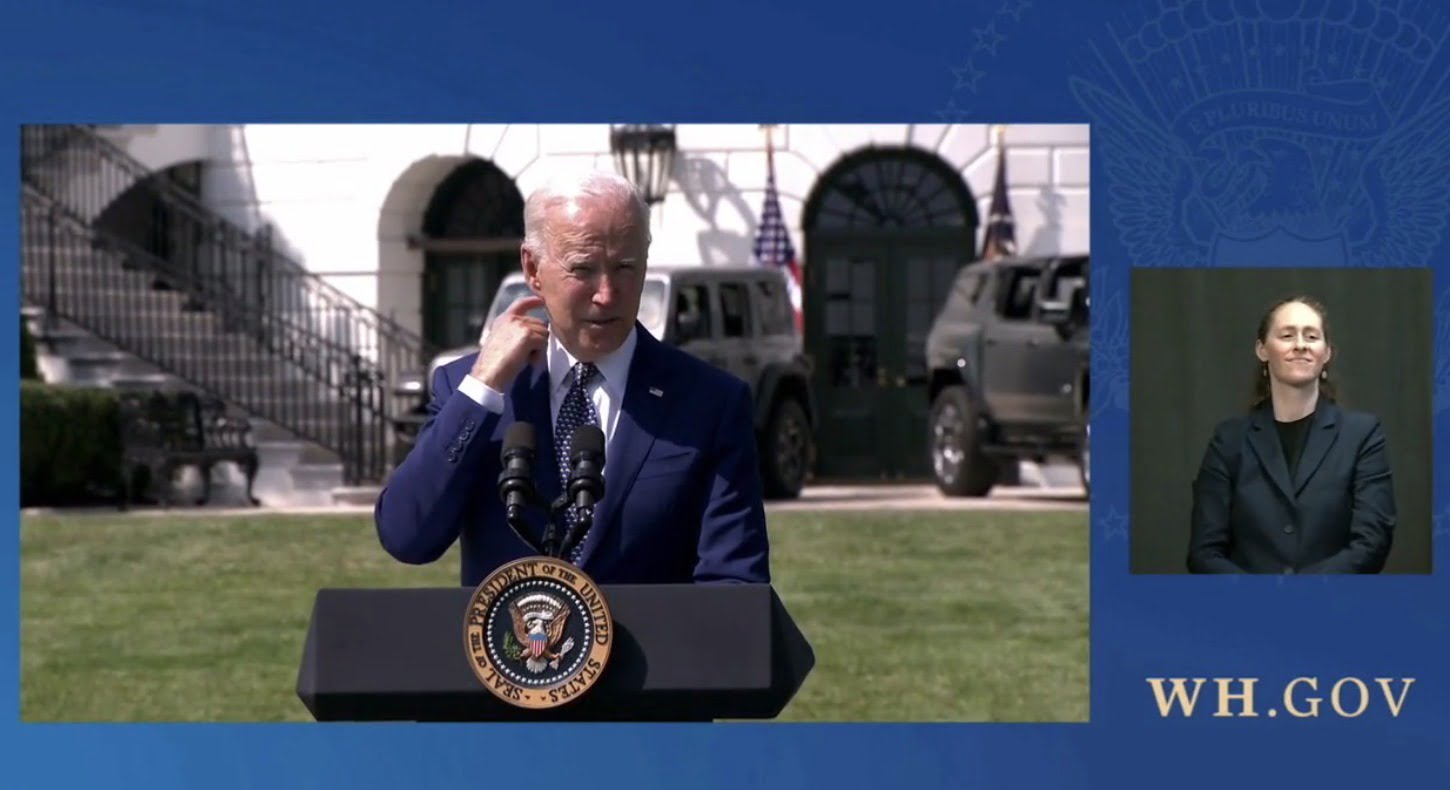 President Joe Biden finally made his announcement on Thursday about supporting the transition to electric vehicles in the United States.

“The future of the auto industry is electric. There’s no turning back,” said Biden.

“Today, I am following through with a campaign commitment to reverse the previous administration’s short-sighted rollback of vehicle emissions and efficiency standards,” he added.

“We have to leverage a whole-of-government effort to lift up workers and strengthen American leadership in the clean cars of the future,” said the President.

“To set that all-out effort into motion, I’m signing an executive order with a target of electrifying 50% of all vehicles sold by 2030,” an aggressive target.

Tune in as I deliver remarks on the steps we’re taking to strengthen American leadership on clean cars and trucks and create good paying, union jobs. https://t.co/6UOyzItVJm

Electric vehicles from traditional automakers such as Chevy and Ford were at the White House. Strangely, EV leader Tesla was notably absent, with the White House giving no answers as to why:

EVs at the @WhiteHouse pic.twitter.com/yH4Ansy5cU

Not a bad day on the job. pic.twitter.com/G2KGcPEbAi

Despite Tesla taking the majority of EV sales in the U.S., plus manufacturing its vehicles on home soil, the electric carmaker was not invited to the White House. Instead, old legacy automakers such as Ford, GM and Chrysler were invited, in what appeared to be an effort to appease the UAW.

Many online were equally confused at Tesla and other upcoming EV automakers in getting the shaft by the Biden administration:

Maybe Biden should have a second EV day that showcases @tesla @Rivian @LucidMotors @bollingermotors @arcimoto and all the other US EV auto companies.

Tesla is the reason Biden is talking about EVs today.

If it wasn’t for Tesla, there wouldn’t be an international push for electrification.

Leaving Tesla out to please UAW is petty.

So @SecretaryPete did an interview on @cnbc and claims he doesn't know why @Tesla wasn't invited to @whitehouse clean car event and that he hadn't seen @elonmusk tweet – either is is not being honest or his staff should be comms fired https://t.co/ARrKgZN49P

It remains unclear if legacy automakers will be able to make the shift to Biden’s EV targets, and if they will demand subsidies to help in the transition away from gas vehicles.