Tesla Hiring for Multiple Positions at Giga Shanghai, Here’s the Base Salary 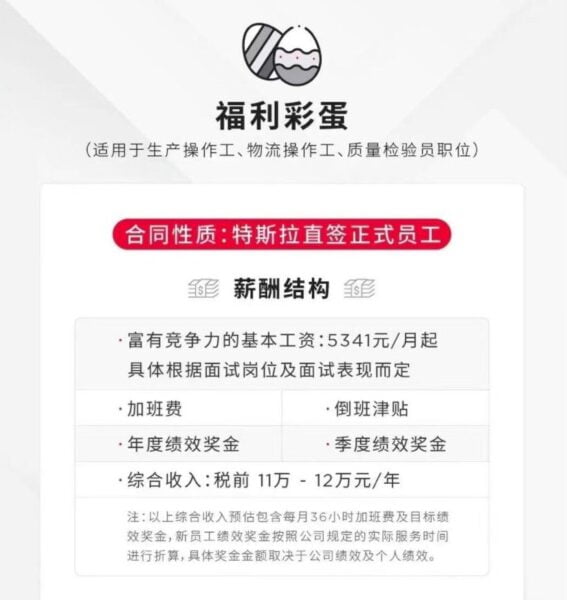 Tesla’s Giga Shanghai reached the milestone of outputting 1,000 cars per day last week, and following the news, the company has shared a number of new jobs on Weibo.

On Friday, Tesla shared a series of jobs on Weibo, with titles including a quality inspector, production operator, and logistics operator, according to CNEVPost. Potential hires will have the chance to interview online after submitting a resume and an initial screening for the positions.

The post on Weibo details the jobs, which offer the inclusion of 36 hours of overtime per month with additional bonuses for reaching target performance goals. 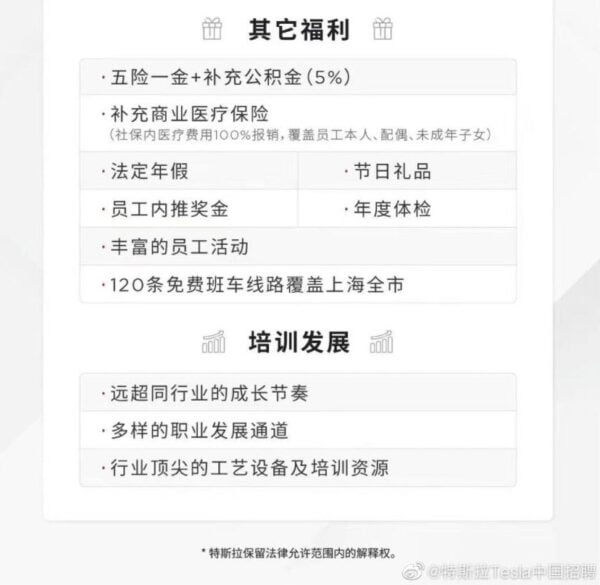 Candidates considering applying for the job can take a sneak peek at what production looks like at the factory in this video of a Tesla Model Y being built start to finish at Giga Shanghai, released earlier this month by Tesla.

China remains an important market to the U.S. automaker as it continues to add to its staff and its production volume, given that it’s the world’s largest auto market overall – and that it faces increasing competition from other local electric vehicle manufacturers.

If you’re a Journie rewards member in B.C. or Alberta, Canada, you can get free electric vehicle charging for a limited time at On the Run convenience store locations. These On the Run EV charging stations are set to be one of the “largest planned ultra-fast charging networks capable of charging most EV models in […]
Sarah Lee-Jones
7 hours ago

Plugin vehicle shares in the UK reached 22.4 percent, up from 21.6 percent year over year, according to CleanTechnica. The figure is made up of battery-electric vehicles (BEVs) at 16.9 percent and plugin hybrid electric vehicles (PHEVs) at 5.5 percent of the overall market share. A year ago, these figures landed at 15.2 percent and […]
Peter McGuthrie
10 hours ago