One Colorado County has just joined the ranks of police departments in the U.S. experimenting with electric vehicles (EVs) as patrol cars, in hopes to save money on maintenance and fuel costs in the long run.

The Boulder County Sheriff’s Department in Colorado is testing a Tesla Model Y Long Range (LR) all-wheel-drive (AWD) variant to see how it compares to the department’s Hybrid Ford Police Interceptor (PI) SUVs, according to a press release (via Patch).

The department expects the cost per mile driven for the Tesla Model Y to be just $0.029, compared to that of $0.146 for the Hybrid Ford PI. 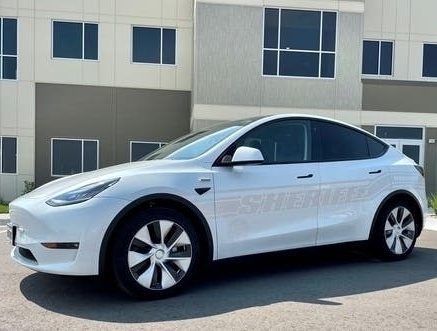 While the starting price of a Ford PI Hybrid is roughly $42,000 USD, the Tesla Model Y LR AWD starts at around $53,190. However, the department expects to be able to make up the difference quickly, as many U.S. police departments are reporting massive savings from switching to EVs. 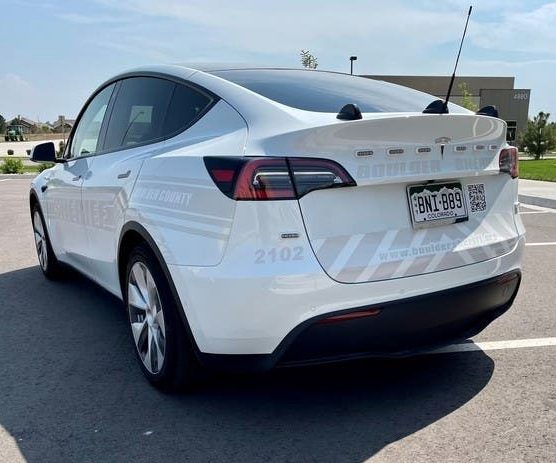 In the press release, the Boulder County Sheriff’s Department said, “Research and anecdotal evidence shows that the initial cost difference is made up within 6-18 months due to the significantly lower operating and ownership costs of the Tesla.” 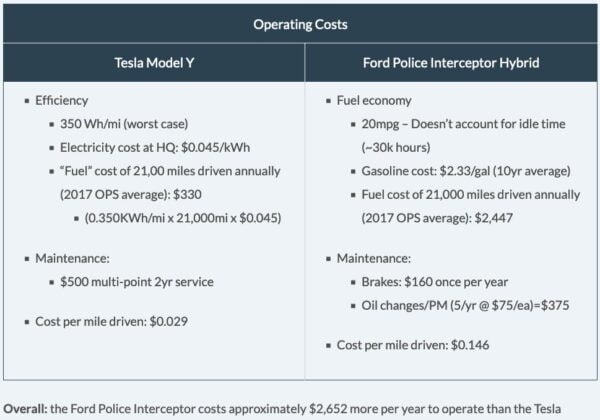 Yesterday, Bergen Country police department in New Jersey also announced it had purchased a Tesla Model Y for its police fleet as well. Tesla’s Model Y and Model 3 are becoming quite popular among police forces across the U.S., Canada and beyond.