Tesla has started rolling out its 2021.12.25.6 software update to owners in the United States and Europe.

Software version 2021.12.25.6 was just detected on a Tesla Model 3 Long Range DM in Nordrhein-Westfalen Germany on https://t.co/uh4cmhSoAQ. Follow the release at https://t.co/J9nOFfe9pK

This latest update comes less than one week after 2021.12.25.5 was released, which again detailed the addition of Sky Force to Tesla Arcade, along with new language support for Finnish and Croatian. According to the release notes we shared, this update also introduced Powerwall improvements.

Tesla North can confirm 2021.12.25.6 release notes are the same as the previous 2021.12.25.5 update, as per the screenshot shared by reader Stephan, who said the update took about 50 minutes to install on his Model X in Switzerland. 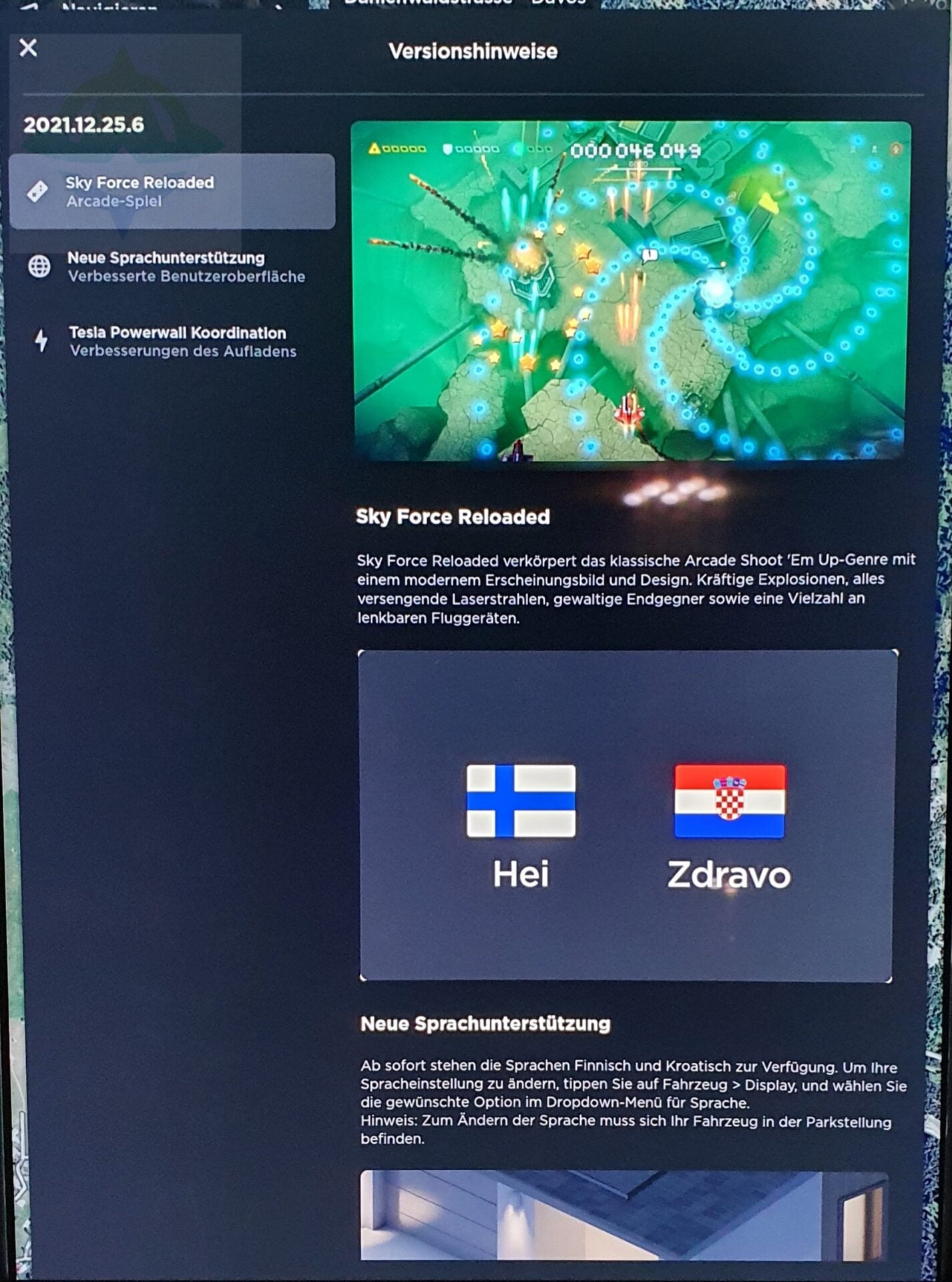 Tesla CEO Elon Musk has spoken out in regards to his agreement to buy Twitter on the original terms, after news broke on Tuesday morning. Musk said just now, “Buying Twitter is an accelerant to creating X, the everything app.” When asked if it would be easier to build X from scratch, Musk replied, “Twitter […]
Sarah Lee-Jones
5 hours ago

Tesla has announced it will be removing ultrasonic sensors from its vehicles, the next step of its camera-based Tesla Vision Autopilot. “Today, we are taking the next step in Tesla Vision by removing ultrasonic sensors (USS) from Model 3 and Model Y. We will continue this rollout with Model 3 and Model Y, globally, over […]
Sarah Lee-Jones
7 hours ago

Tesla announced on Tuesday it has hit a milestone of reaching 10,000 Superchargers in Europe. “Tesla owners in Europe now have access to over 10,000 Superchargers, spread over 30 countries,” said the automaker on LinkedIn. “The European network has already grown more in 2022 than any other year, with still 3 months to go,” said […]
Sarah Lee-Jones
9 hours ago