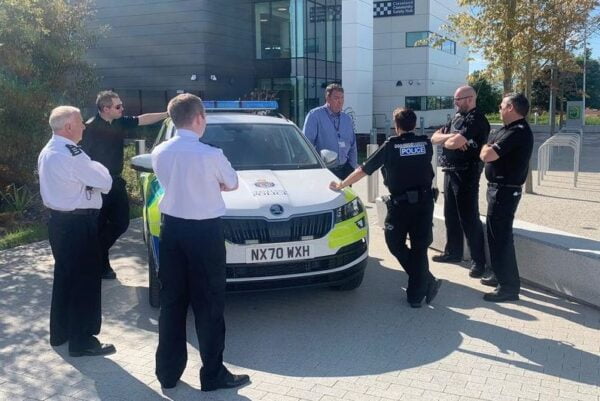 Police in Cleveland, England may stand to benefit from a recently-built Tesla Model 3 police car ahead of the country’s 2030 gas car sales ban, as electric vehicles (EVs) continue to rise in popularity around the world for use as police patrol cars.

On Wednesday, Cleveland Police and Crime Commissioner Steve Turner wrote to Tesla requesting a trial of the Tesla Model 3, according to the Gazette Live.

The electric sedan, which Tesla built and outfitted specifically for police in the U.K., is a long-range all-wheel-drive model, featuring up to 360 miles of range and a 4.2-second 0 to 60 mph acceleration – all without producing any carbon emissions. 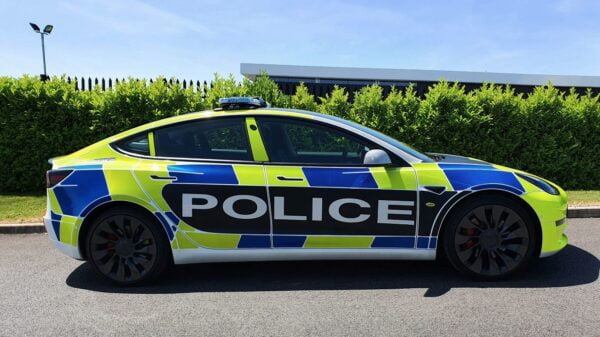 In the letter, Turner said, “As a forward-thinking and innovative company, Tesla is leading the way in zero-emission technology and I would very much like Cleveland Police to be a part of this journey by trialling the Model 3 in Cleveland.” Turner continued, “I feel that the geographically small nature of the area together with the high demand the local police face makes Cleveland the perfect location to trial the Model 3.”

Tesla’s Model 3 was officially named the U.K.’s best-selling car in June, with a total of 5,468 units sold landing a spot ahead of the Volkswagen Golf, Ford Puma, Vauxhall Corsa, and the Ford Fiesta. The long-range variant of the vehicle also has a starting price of £48,490 ($66,011 USD).