Tesla Model Y Deliveries for Europe to Start in September 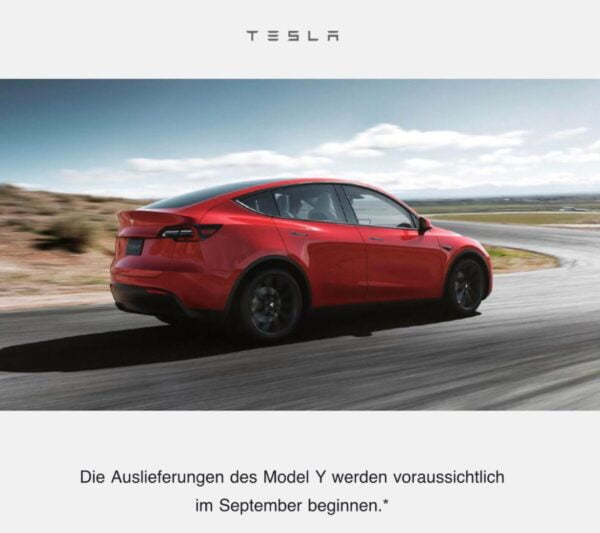 After reports that the Tesla Model Y is launching in Europe, the prediction has officially come true, and new reports say preorder customers can expect deliveries to come soon too.

On Friday, Tesla opened up its Model Y sales to European buyers, according to the company’s website, and upon reserving a Model Y, a number of preorder customers received a notification saying that deliveries would start in September (via Reddit).

One user in the thread that was from Norway said they also received the message, but that it said deliveries were to begin in August instead.

According to Tesla Norway communications manager, Even Sandvold Roland, he confirmed to the Electric Car Association these Model Y cars will be built at Giga Shanghai.

The current round of Tesla Model Y units will most likely be imported from the company’s Gigafactory Shanghai, at least until Gigafactory Berlin is completed – set to happen by the end of this year.

As Tesla completes its own production facility in Germany, rivaling European company Volkswagen announced plans to build six battery factories across Europe. Volkswagen has also expressed hopes to overtake Tesla’s EV dominance in the years to come, which it could have a shot at if it keeps producing electric cars like the popular ID.3 and ID.4.