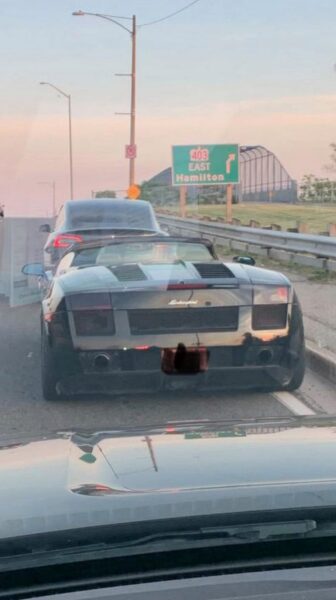 Drivers of a Lamborghini and a Tesla Model Y were seen street racing in Brantford, Ontario on Wayne Gretzky Parkway near the 403 highway ramp, according to a crime brief from the Brantford Police (via Facebook).

The drivers, 33 and 36 and from Brantford and Scotland, respectively, were later caught and were both charged with racing in violation of the Highway Traffic Act, and were then served seven days of license suspension and had their vehicles impounded for seven days.

Last week, another Tesla Model Y was seen racing a Toyota Supra MKV in a shocking Instagram story, as the drivers swerved in and out of oncoming traffic going nearly 170 kilometers per hour.

While those illegally street racing are eager to put Tesla’s Model Y head-to-head with luxury sports cars, the same has already been done legally by professionals on a closed track.

And while the result of the closed track races is still a super-fast, zero-emissions utility vehicle, it’s worth keeping these races on the track to avoid jeopardizing any other person’s safety, and the reputation of Tesla as the world’s first mainstream electric vehicle.