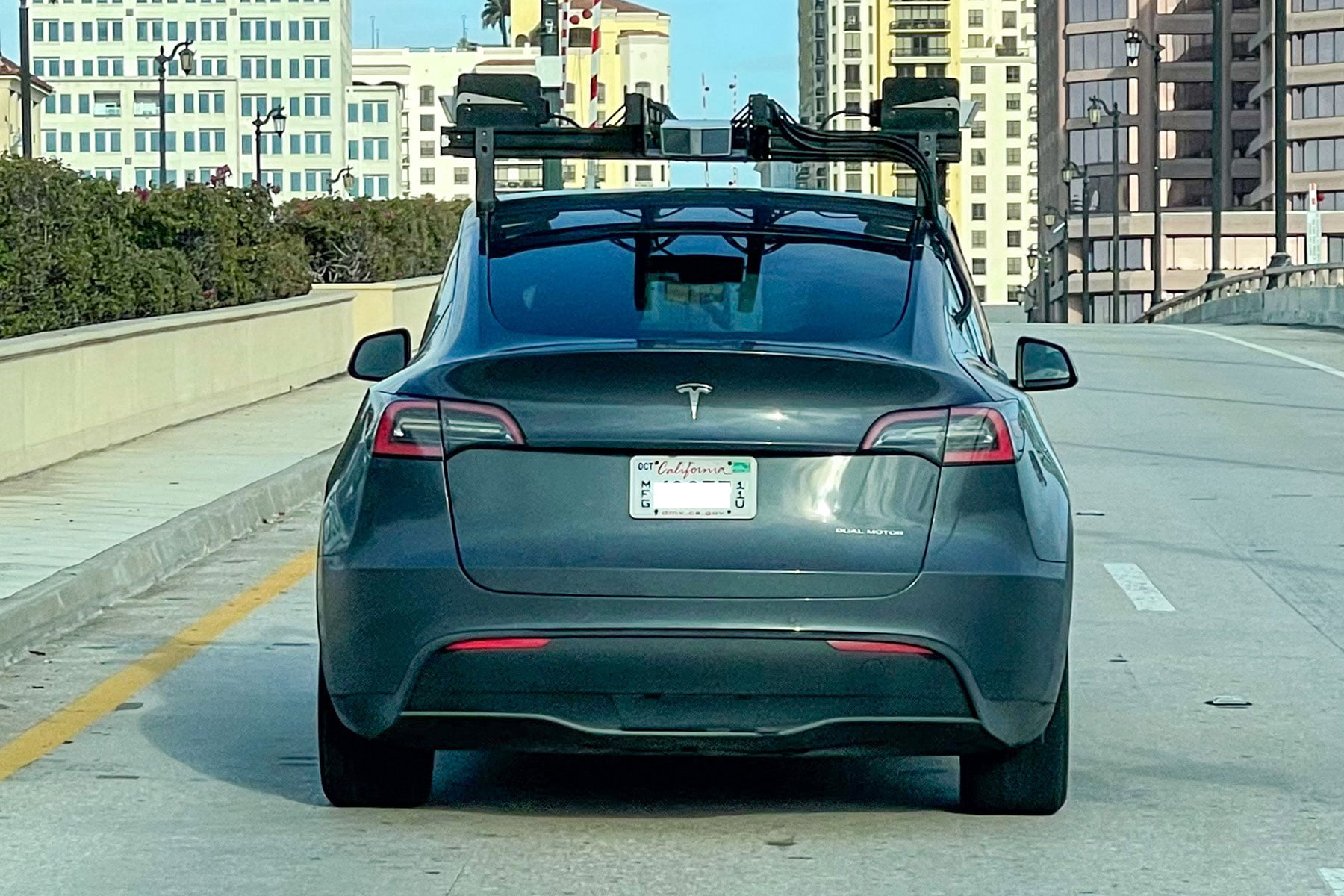 Multiple Tesla Model Y units with Luminar radar equipment have been spotted, the most recent of which was seen last week on Twitter.

According to unnamed people familiar with the matter, Tesla has a contract with Luminar Technologies to test and develop its radar hardware, despite past criticisms from CEO Elon Musk reports Bloomberg.

Last Thursday, a Tesla Model Y was spotted with LiDAR radar sensors, courtesy of Grayson Brulte, calling into question the previous criticisms made about the technology by Musk.

The sensors were reportedly purchased by Tesla as part of an agreement between the companies, though the sources remained anonymous since the information is not yet public. Bloomberg also confirmed with California’s Department of Motor Vehicles (DMV) that the pictured license plate on the Model Y is owned by Tesla itself.

Guidehouse Insights analyst Sam Abuelsamid said in an interview that it isn’t likely Tesla will be going back to radar, but rather plans to use the radar sensors to further validate its camera pure vision.

Abuelsamid said, “The more likely scenario is they are using the Luminar lidars to validate their camera-based FSD system.” Abuelsamid continued, “If they made that change, it would effectively depreciate their entire fleet of vehicles. They are not going to retrofit one million vehicles.”

In April, Tesla’s Vice President of Legal Affairs left the company to join Luminar, right in the midst of claims that Full Self-Driving was nearing Pure Vision and would be doing away with radar. One engineer also broke down how Tesla may replace radar in the future, using its advanced Recurrent Neural Network (RNN).

Tesla’s website was updated in the past 24 hours to now indicate “250m of powerful visual processing,” hinting at the removal of radar for its Model 3 and Y, as the company moves towards camera-only detection for Autopilot.

This isn’t the first time we’ve seen a Model Y with Luminar’s lidar tech, as others saw the same back in December 2020. It’s unclear what Tesla has planned with the lidar tech, but speculation is it could be used to confirm the company’s Full Self-Driving beta systems and what’s being seen on the ground.