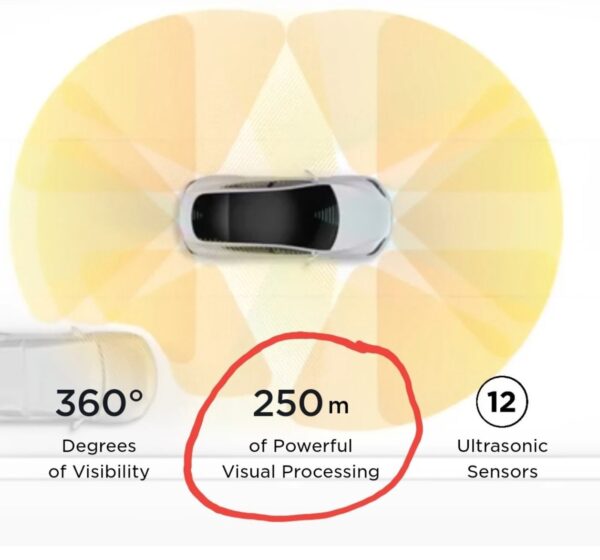 Tesla has been touting the capabilities of cameras over radar for quite some time now, and in a recent update, it appears the company may finally be looking to part ways with radar technology in its cars.

Tesla has updated the order configurator on its website to add that its Model 3 and Y units have “250m of Powerful Visual Processing,” from the original phrase which said, “160m of Forward Protection” (via Truth_Tesla). The update likely signals the removal of radar, which was confirmed by CEO Elon Musk earlier this year.

Earlier this year, a Facebook engineer also detailed how Tesla may switch from using radar, including information about the vehicle’s Neural Network – a system that keeps track of distance, velocity and acceleration as binary outputs in the Full Self-Driving (FSD) system.

While the update only appears in Tesla’s Model 3 and Y configurations, it’s likely that this is the beginning of the California-based company’s switch to Pure Vision for FSD, which is reportedly expected to roll out ahead of schedule.

Additionally, Musk said earlier this month that the FSD V9 beta subscriptions would become available in about a month, saying last month that the update will “blow your mind.”