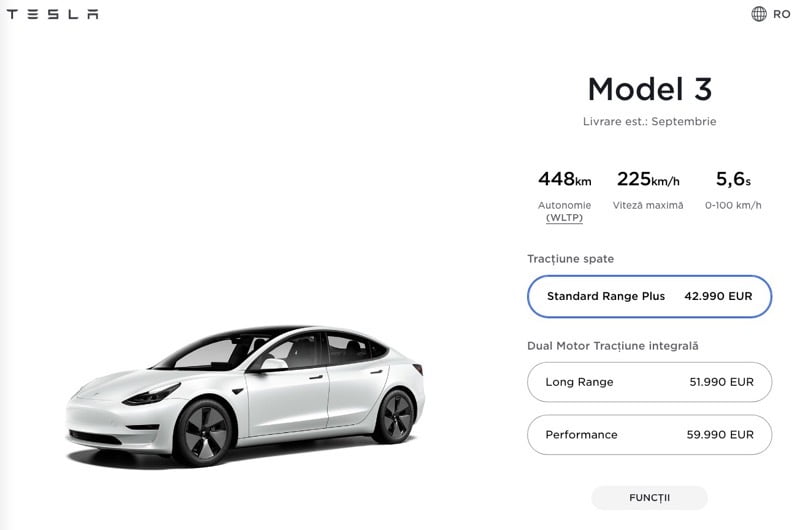 Tesla announced on Friday its online configurator has gone live in Hungary and Romania, allowing both countries to buy the company’s vehicles.

The Tesla website for Romania and Hungary is showing the Model 3, Model S and Model X as available.

The entry Model 3 Standard Range Plus is priced from $42,990 EUR, while all models are showing delivery in September. As for the Model S and Model X refresh, orders placed will be delivered sometime in Q1 2022, says Tesla’s website.

As noted by @cristibmw, you can see images of the Tesla design studio in Romania, which opened today as well.

Model 3 vehicles destined for Europe will again likely be exported from Tesla’s Gigafactory in Shanghai.

Tesla is ‘recalling’ roughly 80,000 vehicles in China due to seatbelt and software issues, according to the State Administration for Market Regulation in a statement on Friday (via The Wall Street Journal). The regulator said that a recall filing had been for Tesla’s vehicles, which is currently the second largest automaker in the country. The […]
Peter McGuthrie
10 hours ago