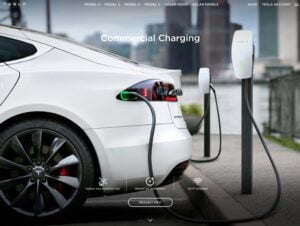 Tesla is looking to enter the U.S. renewable credit market, according to two sources familiar with the matter (via Reuters). The news comes following major electric vehicle (EV) support from U.S. President Joe Biden, who has recently weighed in on emissions goals and passed an infrastructure bill featuring a $174 billion (USD) investment into EVs and green energy expansions.

According to the sources, Tesla and at least eight other companies have pending applications with the Environmental Protection Agency (EPA) over renewable credits and power generation.

The sources also reported that the Biden administration plans to evaluate the EPA applications as soon as this summer, laying out prospective plans about how EVs may be eligible for tradable green credits under the Renewable Fuel Standard (RFS).

The renewable fuel credit industry generated 18 billion credits in 2020, and while the current climate of the field is dominated by ethanol producers, Tesla’s entry into the market could re-shape the industry entirely. The U.S. automaker is likely to enter the market by producing electricity from biogas, or natural gas created by the breakdown of other harmful greenhouse gases like methane and carbon dioxide.

Last month, Tesla also announced that all of its Superchargers will be run from renewable energy sources in 2021, another milestone in working towards a zero-emission future.

Tesla Driver Arrested for Riding in Back Seat with FSD Engaged, Again