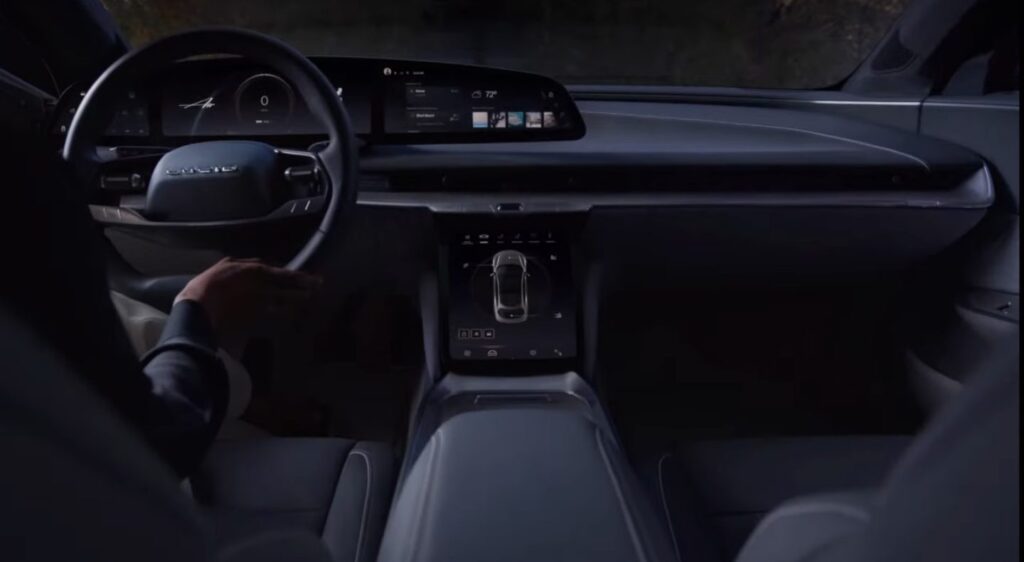 While ‘The Dogefather‘ made witty quips on the show, Tesla’s so-called competitor Lucid Motors decided to strike during one of the commercial breaks and aired an ad for its upcoming luxury electric vehicle (EV), the 2021 Lucid Air.

The commercial touts a future-proof, bleeding-edge EV that offers the epitome of luxury and, according to Lucid, will be the first to break the 500 miles per full charge barrier. Unfortunately, the same commercial is riddled with tiny, hard-to-read disclaimers and marketing tactics.

When boasting about the Lucid Air’s 500+ mile range, a disclaimer on the screen informs that those numbers represent the manufacturer’s own estimated range, and that too exclusively for select trim levels with 19″ wheels. EPA’s estimated ranges aren’t available yet.

The vehicle featured in the spot is the Lucid Air Dream Edition, reservations for which have already closed (and there were only around 500 available to begin with).

What’s more, the 2021 Lucid Air is yet to go into mass production. “When [the future]’s finally here, it might not be what you’d expect”, says a narrator in the ad.

Lucid Motors may have succeeded at basking in Elon Musk’s spotlight during SNL, but the homegrown Tesla competitor has yet to prove itself on the field.