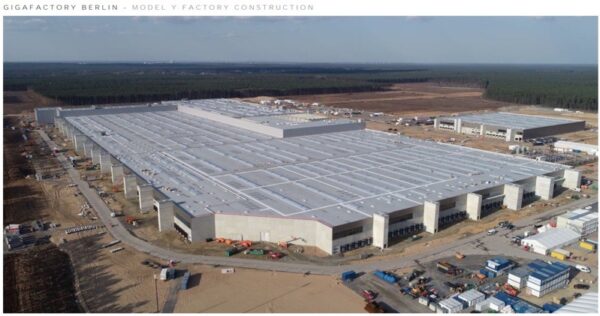 Tesla’s Gigafactory Berlin, located in Grünheide near Brandenburg, has been plagued by slow approval processes and other delays, as construction nears completion and the company plans to begin production on its electric vehicles (EVs) for the European market.

Brandenburg Economic Minister Jörg Steinbach, a familiar German politician who has been supportive of Tesla’s entry into Germany, told Teslarati in an interview he expects Gigafactory Berlin to face “approximately three months” of delay time, rather than a rumored six-month delay which has circulated around the internet in recent weeks.

In an interview, Steinbach told the press, “I don’t have the faintest idea of how anyone can come up with a six-month delay.” Steinbach continued, “If nothing happens out of the ordinary, I still expect a start of production in late Summer or Early Autumn.”

Last month, Tesla slammed the German government for its slow approval process, following months of delays at the Grünheide, Germany construction site from issues like environmental criticism over hibernating snakes, a related lack of deforestation approval, and unpaid security deposits.

Now, the company simply needs to wait for final approval from the German government, though it plans to have the production facility fully operational by July 2021 – regardless of the outcome of its approval process.