Tesla Confirms it Will Store Chinese Data on Servers in China 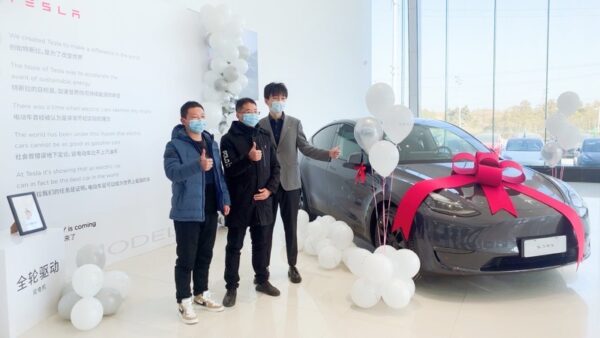 Remaining on good terms with the world’s largest auto market has perhaps been rockier for Tesla this year than it expected it to be – after its cars were banned for Chinese military personnel due to privacy concerns, CEO Elon Musk appeared on China’s state television to praise the country, ultimately saying that Tesla would be shut down if its cars were spying on users.

Continuing the saga of Tesla’s communications with China over privacy concerns, the automaker’s Head of Communications and Government Affairs in China, Grace Tao, said that Tesla’s “Chinese data will be stored in China,” further confirming that Tesla doesn’t share footage from or betray user privacy with its security cameras, reports Bloomberg.

Tesla Says its Vehicle Cameras are Not Activated in China https://t.co/XCM7kYMoW3

Tao said, “Tesla China is a company that’s based here and must abide by all Chinese laws and regulations.” Tao continued, “In fact, our data will be very well protected. Chinese data will be stored in China.” Tao also went on to say that Tesla always plans to “cooperate with regulatory authorities at all levels so that consumers can enjoy convenience and safety at the same time.”

It’s not uncommon for foreign companies in China to store data on servers locally. Apple also complies with China and stores its iCloud information on servers located in the country.

While Tesla relies heavily on the Chinese auto market for its business, having sold more than 69,000 Model 3/Y units in the country in this year’s first quarter, the company also remains the largest electric vehicle (EV) seller worldwide and is actively operating in an ever-expanding list of markets around the world.

If you’re a Journie rewards member in B.C. or Alberta, Canada, you can get free electric vehicle charging for a limited time at On the Run convenience store locations. These On the Run EV charging stations are set to be one of the “largest planned ultra-fast charging networks capable of charging most EV models in […]
Sarah Lee-Jones
2 hours ago

Plugin vehicle shares in the UK reached 22.4 percent, up from 21.6 percent year over year, according to CleanTechnica. The figure is made up of battery-electric vehicles (BEVs) at 16.9 percent and plugin hybrid electric vehicles (PHEVs) at 5.5 percent of the overall market share. A year ago, these figures landed at 15.2 percent and […]
Peter McGuthrie
5 hours ago

Since entering the Australian market in August, the Tesla Model Y has been making waves, with many customers flocking toward the electric SUV in recent months. Tesla delivered 4,359 Model Y units in Australia in September, as reported by The Driven. The figure nearly doubles the next top-selling EV in the country, showing a dominant […]
Peter McGuthrie
5 hours ago