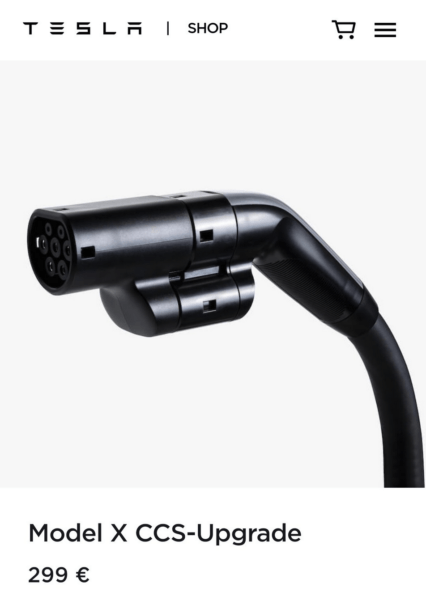 Tesla is now offering the EU CCS adapter on its website for the Model X, though it still must be ordered through the app for the Model S, for whatever reason (via @tesla_adri).

While older Model X units may have gotten the charging adapter for free, and many were able to have service centers update their vehicle’s compatibility, new Model X customers will need to purchase the part themselves from Tesla.

Tesla is now offering the EU CCS adapter directly on their shop. Strangely only for Model X, for Model S it still has to be ordered via the App.
Tesla also specifies the max charge rate via the adapter for the first time: 142 kW@WholeMarsBlog @raffaeru @DriveTeslaca @TeslaStars pic.twitter.com/LOjWvQ9RNT

One user also pointed out that the adapter’s max charging rate is just 142 kW, suggesting also that the Model S and Model X need to start being made with a native CCS port, unless owners are expected to sit and charge their EVs for hours at a time. Alternatively, Tesla encourages users to practice home charging, though the installation can be costly if you don’t already have the option.

Earlier this year, many European Tesla owners faced a bug in software update 2021.4.3 which barred CCS/DC charging at third-party stations, but the bug was later fixed.