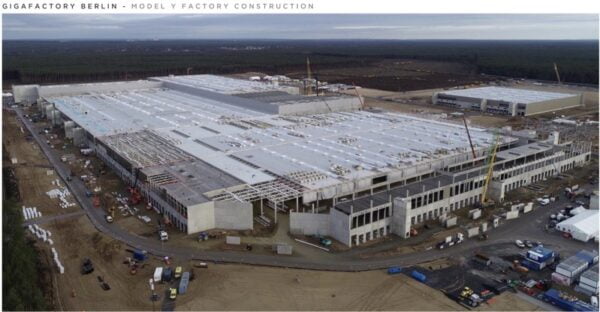 Tesla has now been pre-approved for a new permit for its Gigafactory Berlin facility, which allows the EV factory to expand its footprint by 80 hectares, as reported by RBB24 (via Teslarati).

The news comes after several months of work in clearing an additional 80 hectares of forest surrounding the Gründheide, Germany factory, but the new permit will allow Tesla to use the approved land for storage, as well as setting up office containers for engineers.

While the move will significantly expand Tesla’s footprint at the facility, the company has vowed to re-plant the volume of trees three-fold in areas surrounding Brandenburg.

This is the tenth time Tesla has gained a preliminary green light to continue in its plans with the space clearing project. While no company has ever received this many pre-approvals in the past, it seems that Tesla’s massive economic injection into the region could be the reason the government has been so lenient with the company.

In February, Tesla Gigafactory Berlin’s pre-production of the Model Y was rumored to begin in May. In recent weeks, we’ve also witnessed Model Y body frames spotted on the Gründheide facility’s campus, further adding weight to the rumor.

April Fool’s: Satechi’s Epic ‘Cybermouse’ is Based on Tesla’s Cybertruck